Tales from the Marsh part 3


By now this scene might be familiar. Meadowbrook Marsh has been a standard feature of late, but with good reason. This is great habitat. Water, meadow, woods: it has a great diversity of cover and food for migrating and year-round birds. 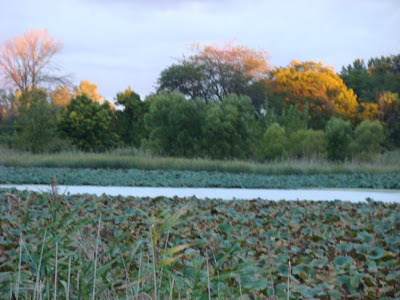 The crowds at Midwest Birding Symposium were quite smitten with this 100 acre park. We racked up 80 species! Bald Eagles were a regular sighting, along with the summer resident Great Egrets, Black-crown Night-herons and Great Blue Herons which roost in the
trees on the west edge of the marsh. 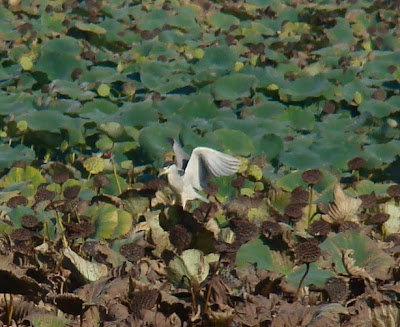 A Black-crown Night-heron landing among the withering American Lotus. Once landed, you would never see it from the viewing platform. There are probably countless herons making a living off of frogs, fish and crayfish found here and the insect life was robust! The resident Marsh Wrens and Eastern Phoebe were doing quite well for themselves. The counts of warblers stopping to feed here indicate a healthy bug population as well. Bugs are vital and a "good thing" - it is called the food web. 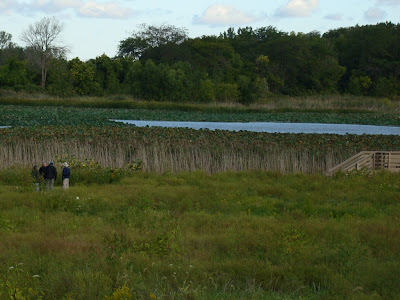 The overview picture gives a better sense of the meadow as well as the wetlands. That meadow was hopping with grasshoppers, katydids, caterpillars and all manner of protein and plenty of seeds for a hungry bird. 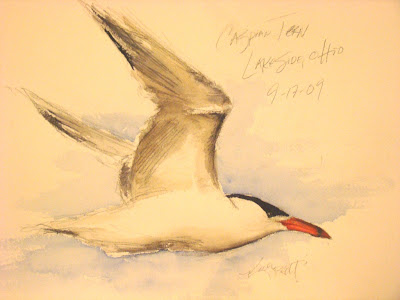 The show stopper on the second morning of MBS was a Caspian Tern making successful fishing forays in the open water of the marsh. It gave us quite a show while Clay Taylor of Swarovski Optics gave us a running commentary. Proof is a video clip titled, "And now we need to ID the fish." But I doubt I can load such a large clip here. If I get it posted elsewhere, I'll add a link.

Special thanks to Kelly Riccetti (of Red and the Peanut fame) for this wonderful water color of a Caspian Tern. She really captures the essence of the bird! She also helped at the Carbon Offset booth, a project that raised funds to purchase more land for Meadowbrook Marsh.

Ohio Ornithological Society has generously matched funds (and then some) and we currently have a little over $7,000.00 to offer as matching funds for Black Swamp Land Conservancy's efforts to attain a Federal grant. Thank you to all the people who donated and especially those who worked tirelessly for this project- especially Paul Baicich and Paula Harper.

Last but not least- for a complete list of the birds seen at Meadowbrook, go here to see our report from E-bird.
Posted by Weedpicker Cheryl at Friday, September 30, 2011