Getting Down to Business for Mohican

We only have -days- to comment to forestry about the sweeping changes they want to enact in Mohican State Forest.  If you like hiking, birding, botanizing, fishing or enjoying the sweet sounds of nature, you already know you do not want to see our "little jewel" of Mohican become an industrial timber lot.

Some places are just too special to have commercial timber operations interfering with tourism. Ohio Division of Forestry has made some very questionable calls in the past on places they thought were appropriate for timbering: 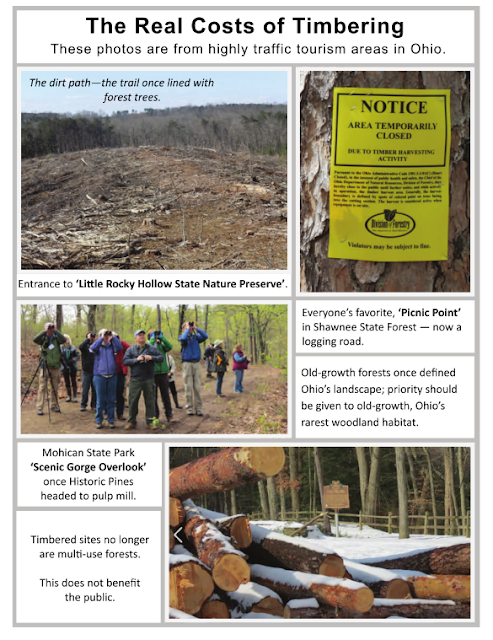 Please click on the PNG photo/form below to print and send!  We have a right to request our public forests be used primarily for recreation, conservation, and health benefits for people and the land. 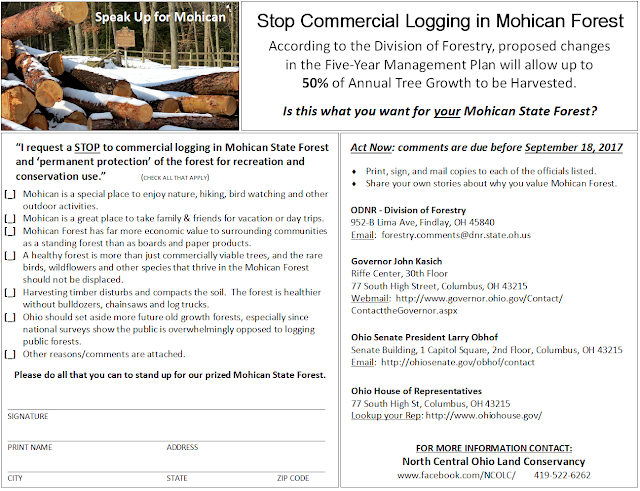 Posted by Weedpicker Cheryl at Tuesday, August 29, 2017 No comments: Posted by Weedpicker Cheryl at Friday, August 18, 2017 No comments: