The Weedpicker has been on the road, but I have returned home and I am currently catching up on projects and programs coming up this Spring.  This coming week I will be discussing Monarchs and their Flight for Life at  the Garden Club Ohio State Convention.  I am looking forward to seeing many of of my gardening friends at Deer Creek State Park Lodge on Tuesday. 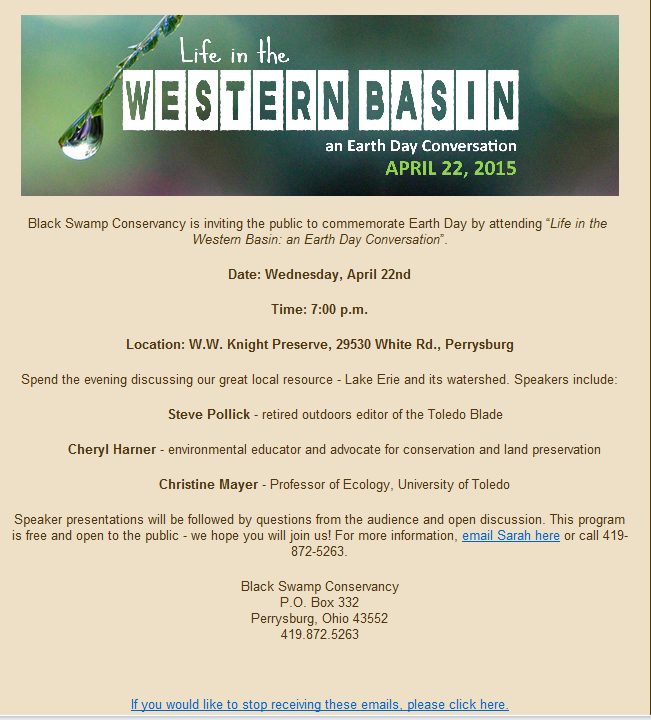 EARTH DAY!  What better day to talk about land preservation and nature preservation?  Come out ad join us in North West Ohio at the W.W. Knight Preserve.  all the detail are on the flier above. 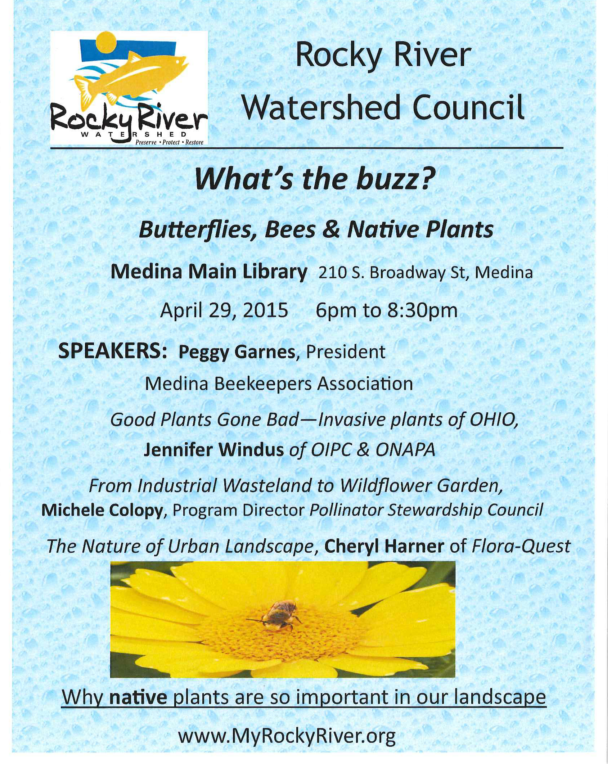 And if you are in Northern/Mid-Ohio come see the Rocky River Watershed Council's event.
What's the buzz?  (Tell me what's happening?)

This will be a sneak preview of my program for the Mid-West Native Plant Conference in Dayton this July.

There are so many good organizations working throughout Ohio to promote natural areas and people connecting with nature.  Come out and join us for an educational evening!
Posted by Weedpicker Cheryl at Saturday, March 28, 2015 No comments:

A hemlock gently hangs above a thaw-swollen river.  Rivulets of snow-melt are coursing down the sandstone embankments of the Mohican Gorge, filling our river to over-flow.

Riparian trees are place holders, against the currents of time and water.  They are soil stabilizers and embankment safe-guards, leading the fight against erosion and siltation of our state listed Scenic River.
My friend Jim Davidson and I took a spring-thaw hike along the Hemlock Gorge trail.  We didn't get far,  for the melt water soon made the path impassable.  But we studied both the lichens and trees along the way.
This four inch lichen, commonly found on rocks had discrete spots he called apothecia, which are gray-blue in this species.  This particular lichen often grows in conjunction with mosses. Jim believed this to be Smokey-eye Boulder Lichen, which is one of the lichen featured in ODNR's excellent new booklet: Common Lichens of Ohio.  I recommend that you call 1-800-WILDLIFE to order your own free copy.  They will mail it right to your door!

Next we ventured to the Clear Fork State Nature Preserve.  This piece of Mohican is most heavily protected from timbering, and it has some old growth trees. Jason Larson will be leading one of our Flora-Quest trips into this very special preserve. His trip will also feature Hog-Hollow, a lovely hike that follows a stream down the hillside to the river.

White pine was native to this area and many excellent examples remain along the Clear Fork State Nature Preserve trail. Breath deeply.  This place is good for both body and soul.  It is rather mind-expanding to be in the presence of these giant trees.  It is also pretty awesome to spend a day with giants the likes of Joe and Jim, too! 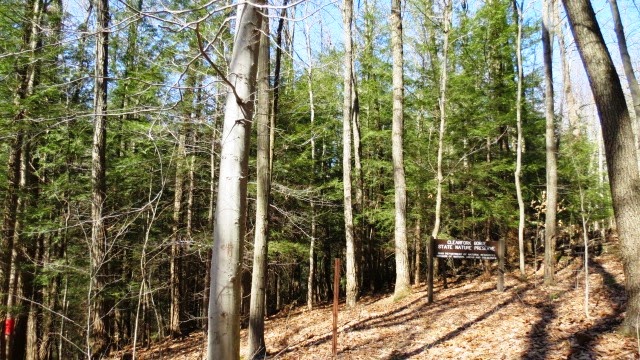 An over-the-shoulder look as we leave the preserve.  It is almost remarkable how the Hemlocks condition the air in this woods.  It generally feels a good ten degrees cooler than the surrounding woods and reminds us of a hike in Canada.  This is where you will experience the importance of our evergreen Hemlock, a key-stone species.

Oh yeah, these locals said they can't wait to meet you, too!  In the summer, both Turkey Vultures and Black Vultures hang out by the Pleasant Hill Dam and enjoy drafting-off the upward air currents created by the rock formations and the dam.

Feel free to stop-by and have lunch with them, but it is B.Y.O.C.  Bring your own carrion!

Posted by Weedpicker Cheryl at Wednesday, March 18, 2015 No comments:

It is as far south as you can get without plunking into the Ohio River. It lies between Portsmouth and Dayton.  Generally it is about a month ahead -weather wise- from the rest of the state.  Some might say it is a decade or two behind, in other ways. 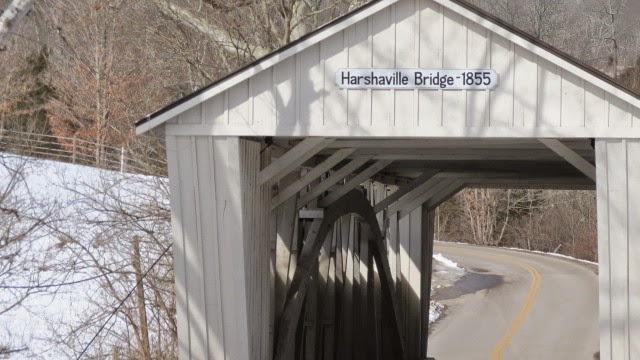 Country roads are likely to wind along creek bottoms and gullies, until crossed by a bridge.  Likely as not, it may be a covered bridge. This scenic crossing is in Harshaville. 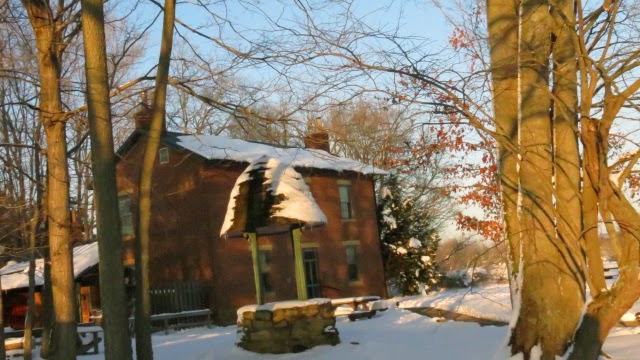 There is a country Inn on Murphin Ridge Road where hospitality is not a lost art form.  The food is excellent and the comfy rooms are well appointed. 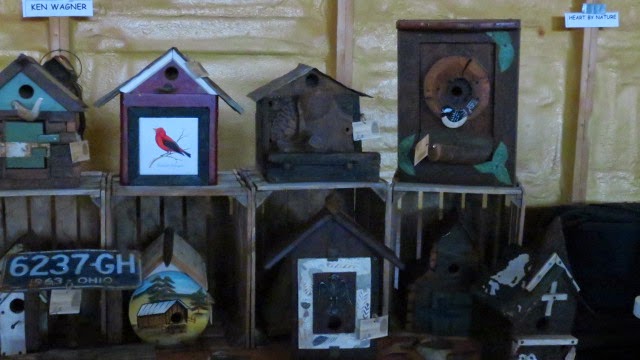 Adams County also hosts a great birding event each year.  Folk art abounds and several vendors display their goods, from bird feeders to paintings and they offer a variety of  authors and educational exhibits.


Jim McCormac, well-known speaker, author and bird expert was our emcee for the Amish Birding Symposium.  He gave one of these beautiful hand-painted plaques to each of the speakers.  I was the first up, presenting a program on Birding by Habitat and Habitats for Birds.  We got a little conservation message in as well.

Dave Mehlman gave a wonderful program on bird conservation with an emphasis on birds and migration.  Birds need protection on their breeding habitats and on their wintering grounds.

Amish Birding Symposium packs the house with about 300 folks each year.  It is a high tech event, run on a generator and a prayer. Folks don't seem to mind and are content to enjoy the rustic atmosphere.

Katie Fallon joined us from West Virgina to speak on the topic of her book, Cerulean Blues.  She follows one of America's most beloved and declining warblers.  It is no secret mountain top removal coal mining has destroyed many of the mountains where Ceruleans were known to breed.

Dave FitzSimmons also gave an engaging program on photography and offered several books for sale.  My apologies to him for not getting my own shot during his program. I must have been too wrapped up in the program to think about it!

Thanks to the committee who works so hard to host this event, especially against the odds of this years difficult weather. The snow piled up, but it was not too big of a challenge for the men and women who shoveled snow, prepared the meals and set up endless chairs and tables for the crowd.

There were plenty of jokes about not being able to bird at Adams Lake due to the iced over conditions.  No one seemed to be in a hurry to birdwatch in the cold, anyways.  The ten to twelve inches of snow which fell just days before the event had evenly coated the county in a magical blanket of white.

But spring is coming, as foretold by the Killdeer  working the fields as we pulled out of town on Sunday morning.

It cannot be far away now that the rains have come to mid-Ohio and as much as I like the snow, it is time for it to be gone. After all, spring always follows the Amish Birding Symposium.

Posted by Weedpicker Cheryl at Tuesday, March 10, 2015 No comments:

Lessons in the Longleaf Pine

A short respite is in order, for all of us who are tiring of endless snow and bad news in Ohio's forests.  Strictly as educational nature therapy, I booked a trip to Florida and met up with birding buddy, Greg Miller. 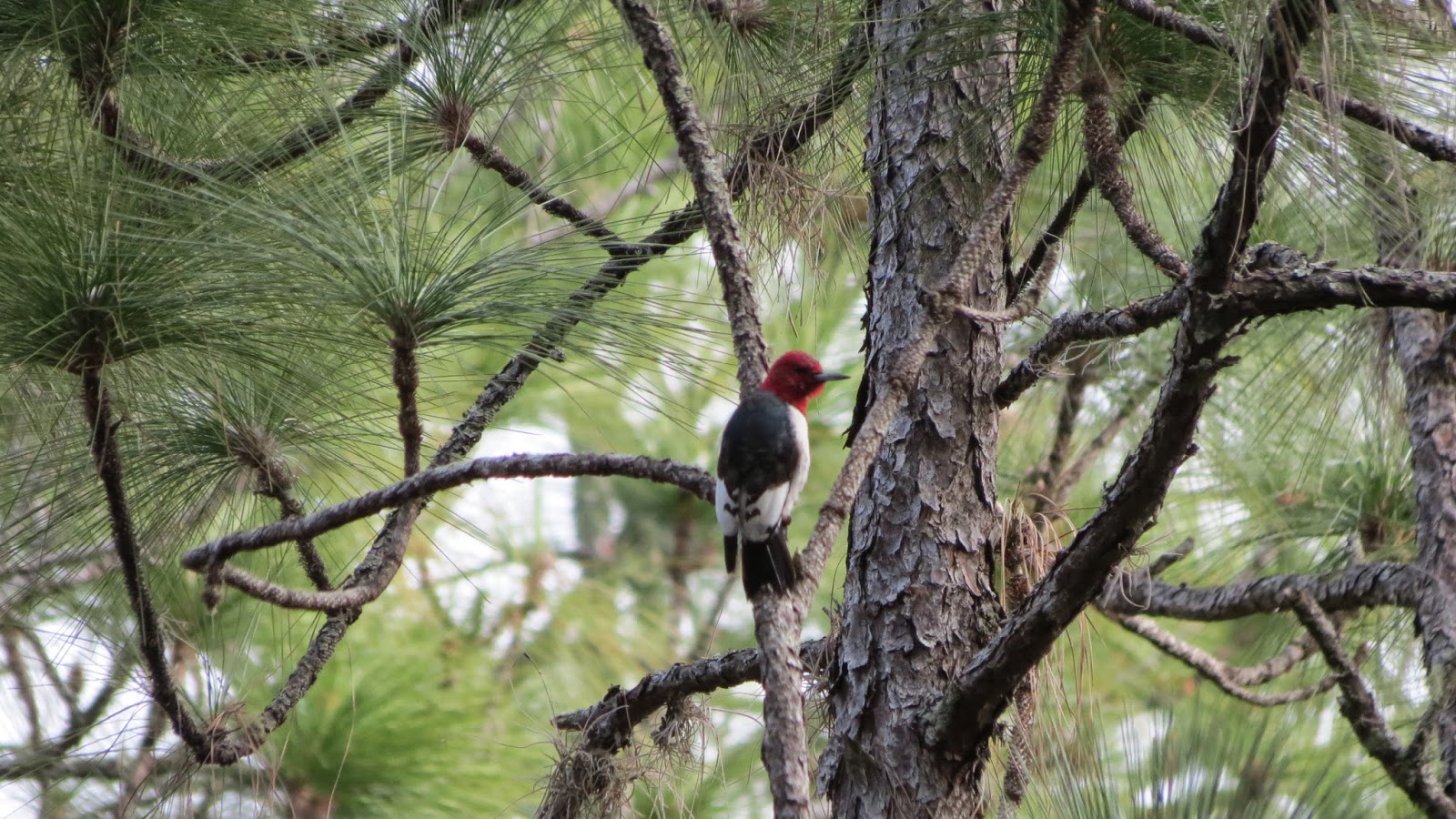 Red-headed Woodpecker
It was not long before he suggested birding in the big pines.  Old Growth Forest in Florida?  Count me in.  The first half mile of the walk was filled with rambunctious Red-headed Woodpeckers. Six of 'em.  Go ahead, throw me in the brier-patch. 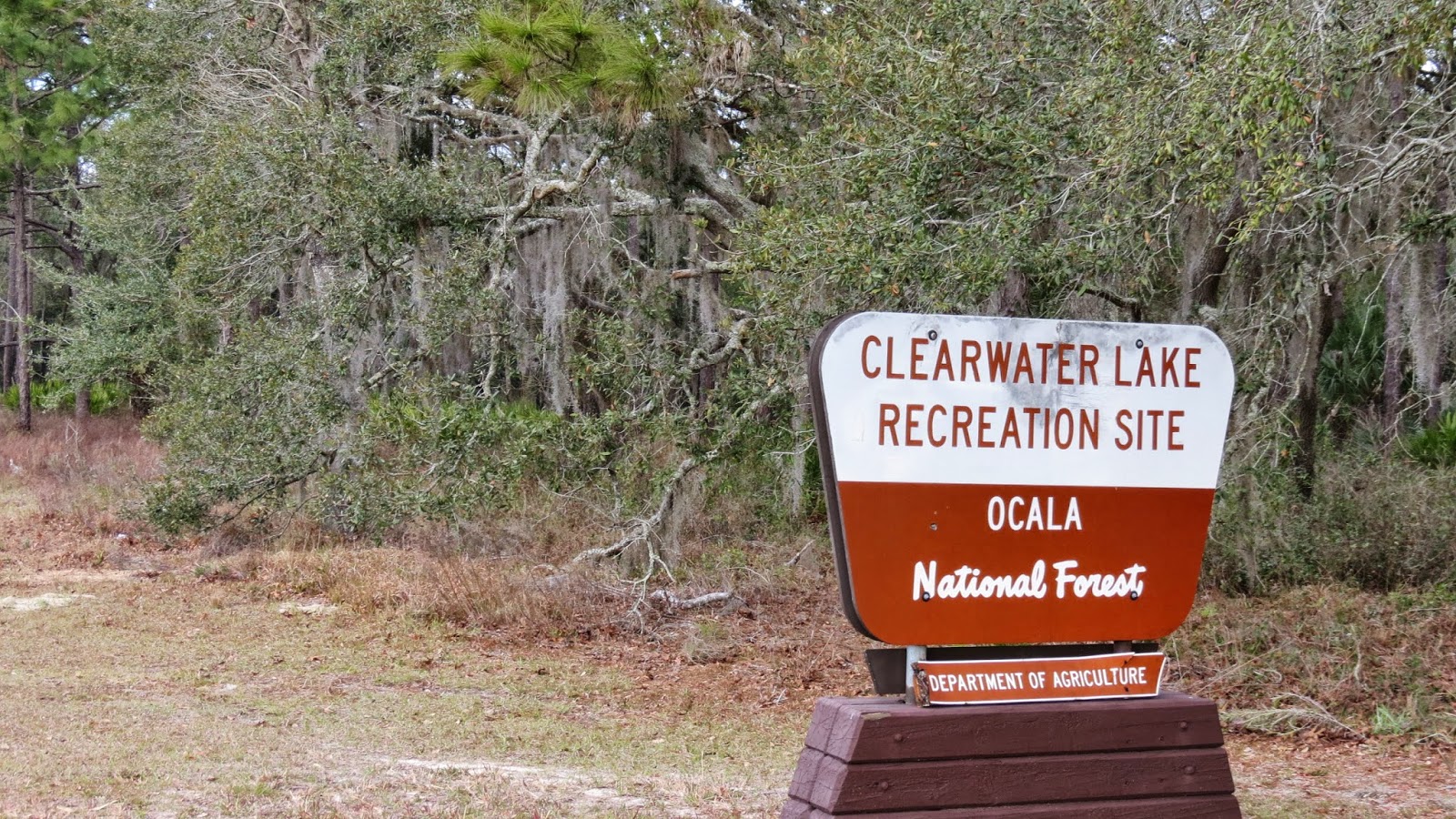 Our location in the Ocala National Forest

As orientation, we were north of Orlando and west of Daytona.  The Daytona 500 was going on, but the only races that interested us was seeing who could find the first rarity. 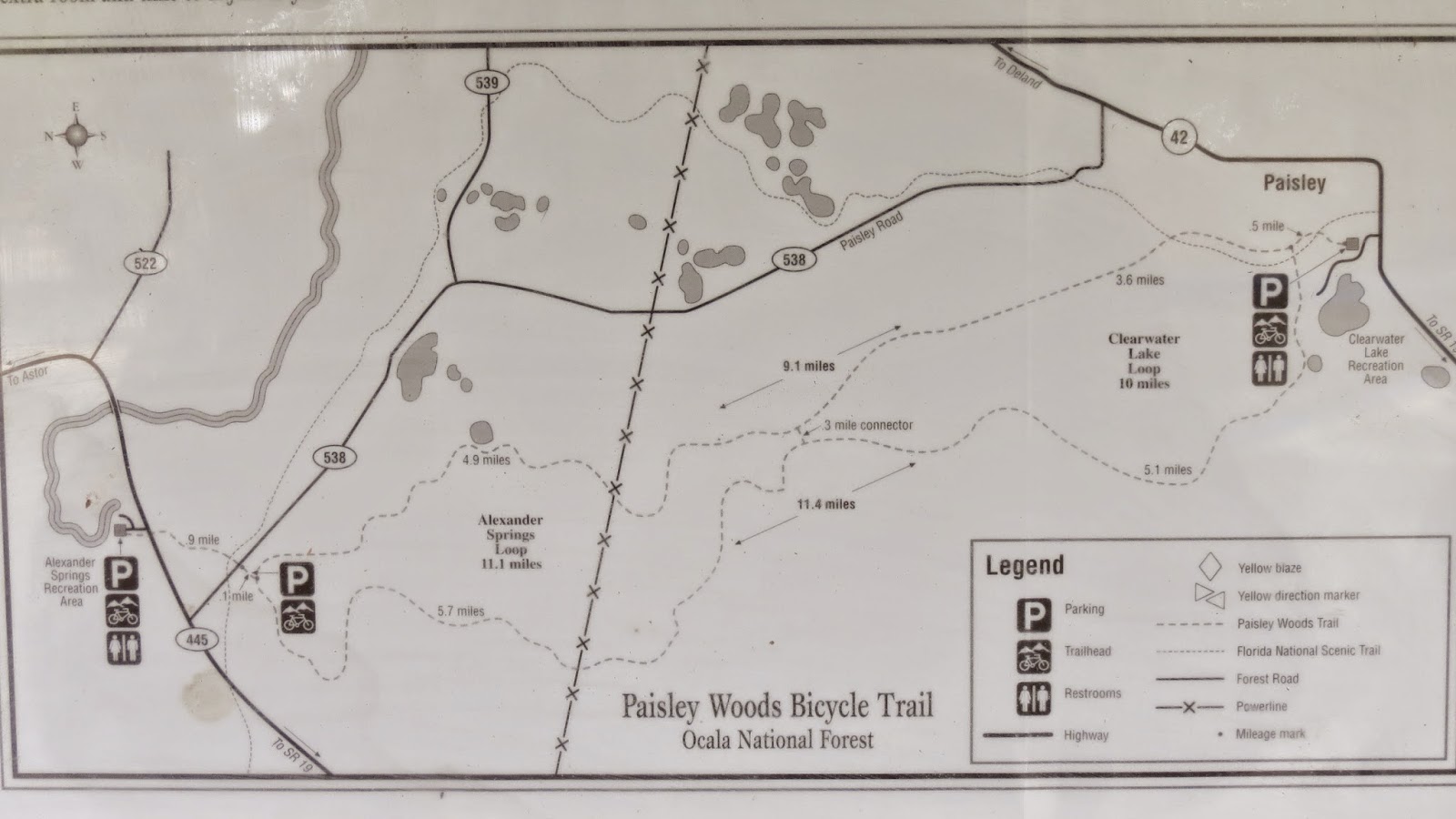 Paisley Woods
Pro-tip: take a photo of the map in the parking lot.  I can't tell you how many times this has come in helpful, especially once you are away from the parking lot ... and lost. It also is a good way to document where you saw that magnificent life bird or plant. 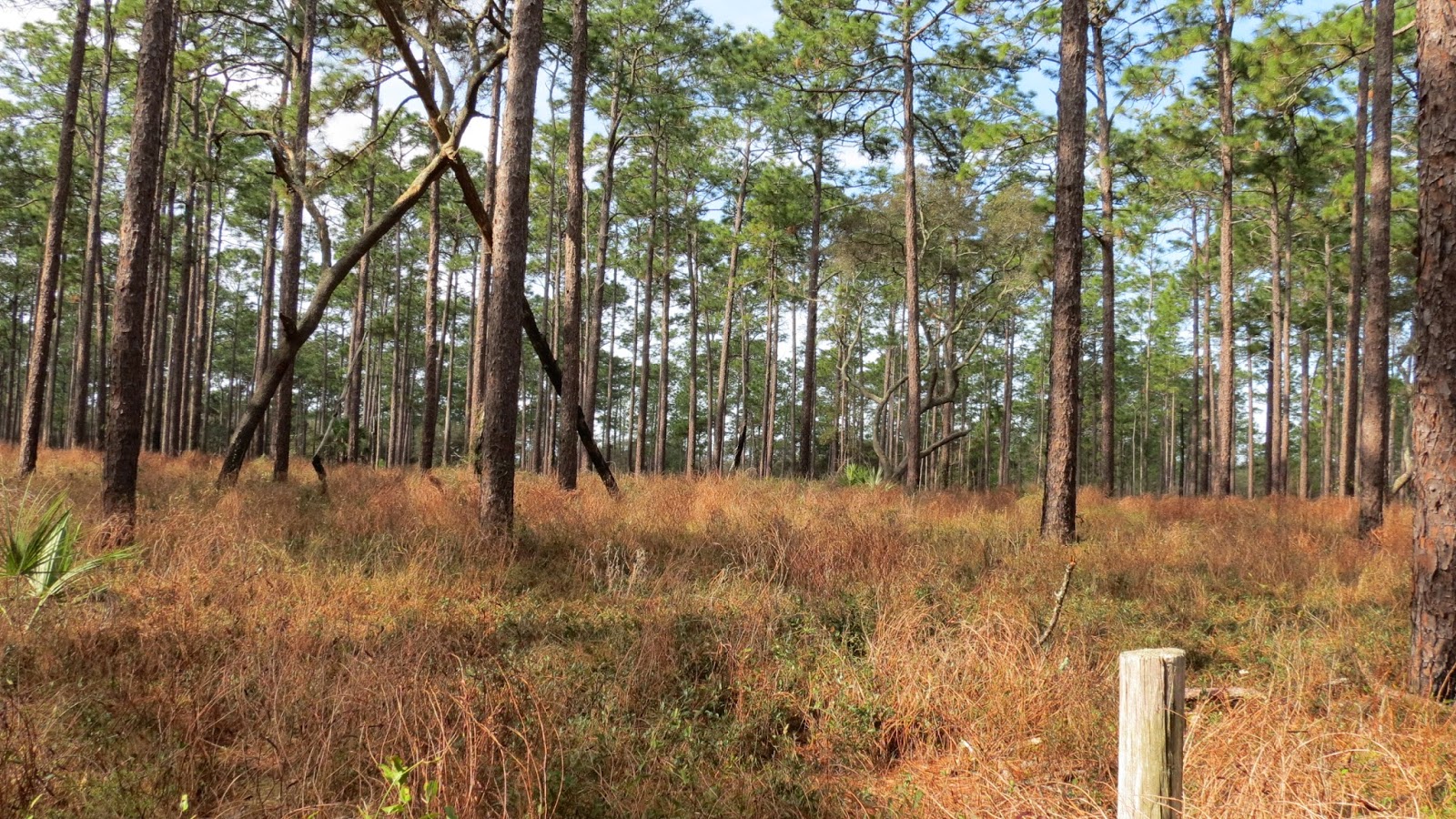 The overview of  piney woods habitat

The importance of Longleaf pine habitats is lost on most tourists to Florida.  While thousands crowded the stands at the Daytona 500, Greg and I virtually had the woods to ourselves.  These old growth pines were once the predominant species of inland central Florida as they tolerate and thrive in a fire ecology.  Once common place, now scarce due to lumbering and urban sprawl. These rare spots of protected forest harbor other rarity species, too.   For interesting info on Longleaf Pine ecosystems: go here.

A high pitched song which I could not recognize turned our attention to the grassy woods on our left.  There teed-up singing, "Here kitty, kitty, kitty" was a Bachman's Sparrow. It is easy to miss this grassland bird in the winter, but the pleasant ambient temperature (high 60's) must have convinced this male to burst forth in song.  Well played, Bachman, well played. You were a worthy life-bird.


We were after another bird however, the elusive Red-cockaded Woodpecker.  The pines marked as nest trees pulled us deeper into the woods.  This is another bird I have tried to see, and missed, before.

Have you ever heard of Warbler-neck?  One can really get a cramp from too much tree top scanning in an Old Growth woods!  These trees are so magnificent, I wouldn't have even cared if we did not find the bird.

But we did find the bird!  A female was fussing about feeding in the pine and she posed for my brief and lucky shot.  The large white cheek patches are the diagnostic mark of the Red-Cockadeds, both female and male.  As you can see, she doesn't have any visible "red".

A big thanks goes out to my friend and pro birding guide, Greg Miller.  Check out https://www.facebook.com/GregMillerBirding and his upcoming trips! I wouldn't have found these birds without his expertise!

The giant plates of bark, over sized cones and the nearly foot long needles of the Longleaf Pine were nearly as exciting to me as the two life-birds.  These Old Growth forest habitats are under the protection of our National Forest system.  Unfortunately, National Parks and Forests often fall under the latest whims of industry and politics.  Many of our so-called protected  forests are under the siege of gas-lines, fracking and timbering.  The eco-services provided by Old Growth woods cannot be understated.  We must permanently protect the last of these amazing trees and the fragile ecosystems they harbor.  Once common place throughout the south, the Red-Cockaded is a high prized sighting for any serious birder.

Let's make certain we provision them with enough habitat for future generations.