Two bell jars hold a place of honor on my porch.  Traditionally, these jars were used to protect spring plants from the cold.  People occasionally re-purpose them to cover food items in a decorative manner, and to keep said food- pest free.  I use them to keep "insects" in. 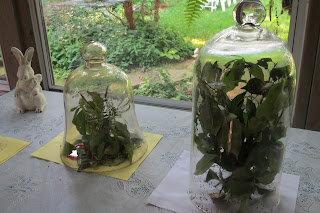 These jars aid in the early stages of caterpillar raising.  They are ideal containment units for early instars of moths or butterflies.  There is some irony, right? 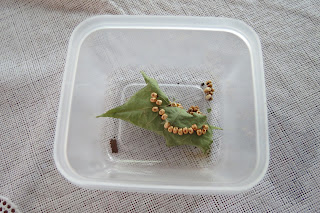 This is a batch of Cecropia moth eggs which recent hatched caterpillars. The wee ones are feeding on fresh  cherry leaves from my yard as seen below. 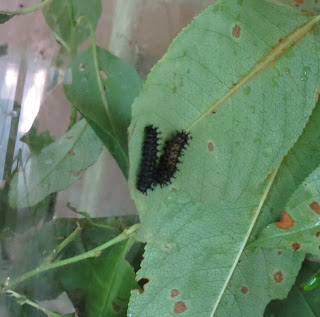 Caterpillars go through numerous stages of  "instars" or sheddings.  The earliest instars (like this tiny black form) are often unrecognizable.  We will see these little fellers change very quickly in the next couple of weeks.

Check back to learn more about these caterpillars, and the commitment it takes to raise a herd of "cats".
Posted by Weedpicker Cheryl at Saturday, June 29, 2013 No comments: 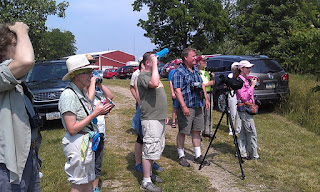 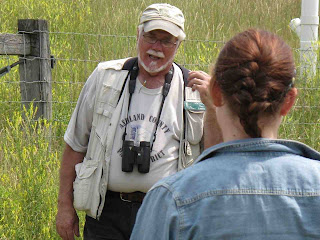 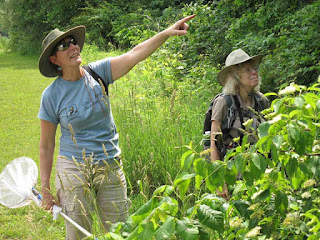 We are introducing a new guest leader at Byers Woods!

Each year we feature special speakers and have big name guides Like Greg Miller and Jim McCormac at the Bobolinks at Byers Woods bird Festival.  If you have been living under a rock and haven't heard about it yet,  here's the plan: 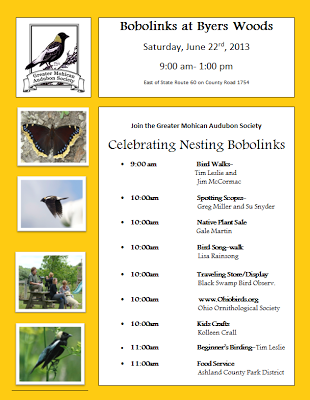 Something altogether new this year is the addition of a Bird-song walk led by Lisa Rainsong, a very talented music professor.
Join Lisa  at Bobolinks at Byers Woods Festival for a 10:00 interpretive walk focusing on bird song. And to get you warmed up for the adventure, go to her blog page Listening in Nature  to read her fascinating findings on our feathered friends, the Bobolinks.

For general information and maps go to the Greater Mohican Audubon Society web page and "Events" link.  Hope to see you there!

Right now, I have to go chase butterflies at Mothapaloosa!

Posted by Weedpicker Cheryl at Friday, June 14, 2013 No comments: 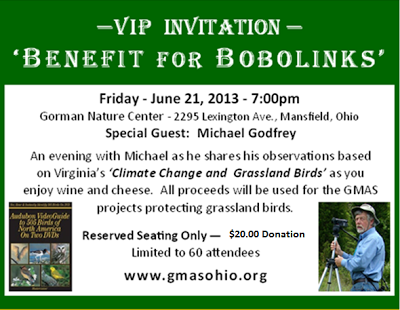 Hope to see you there!
Posted by Weedpicker Cheryl at Thursday, June 06, 2013 1 comment: