Rarely does one get a chance to see global change expressed any better than in the microcosm of Blackwater National Wildlife Reserve.  Hard to think of 27,000 acres as a microcosm?  Well, consider it in the world perspective, it looks pretty small in contrast. 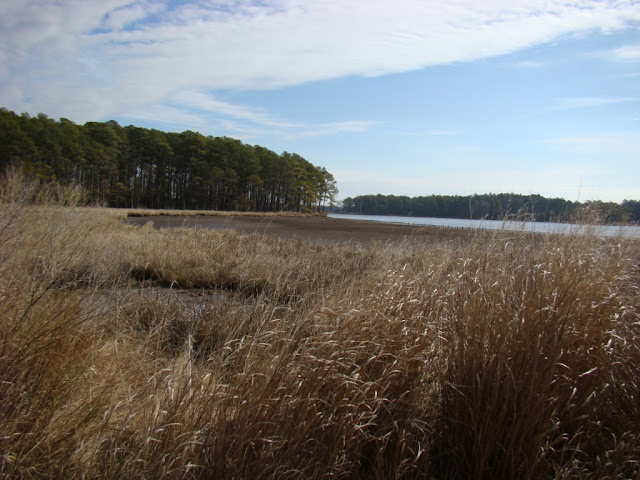 Much of Blackwater is composed of rich tidal marshes, ebbing and flowing with the sea.  However sea levels are on the rise and it has become all too apparent at this coastal marsh. These flats once extended well beyond today's boundaries.  The area has been supplemented with silt from dredging operations and under a management plan which includes plantings of vegetation.

Wanting to understand the ecosystem better,  I had conversation with manager who spoke of one of the primary plants used to stabilize the mudflats. 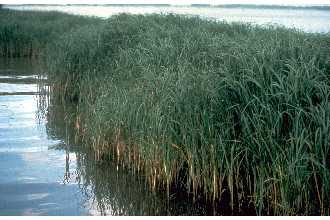 This cordgrass is related to the Prairie Cordgrass, Spartina pectinata we know so well in Ohio.  However, this Spartina is much better suited to rising tides, standing water and increased salinity levels.  It is being used to improve conditions, but the sad fact is:  Blackwater is rapidly losing ground to rising seas. And in the long run this is a losing battle, lost to global warming.

Blackwater NWR is an excellent location for birding, with recent sightings of Golden Eagles among the numerous Bald Eagle routinely found there.  We counted 15 adults and juveniles in the two hours we spent there.

Get to know your National Wildlife Refuges; they are fascinating places.  And while you're at it, buy one of those Duck Stamps to help support these natural areas.
Posted by Weedpicker Cheryl at Friday, February 24, 2012 No comments:

Life in a Tree

﻿I know for certain- there is life after death.  At least for large trees.

Once a thriving Sugar Maple in my woods, this towering relic is still a vector for a multitude of life forms both small and large.  Most go unseen. Fungus, slime-molds, tiny spiders and ants populate and colonize the decaying tissues. Wood boring insects, centipedes and beetle grubs enliven the bark layers, creating an irresistible attraction for birds. 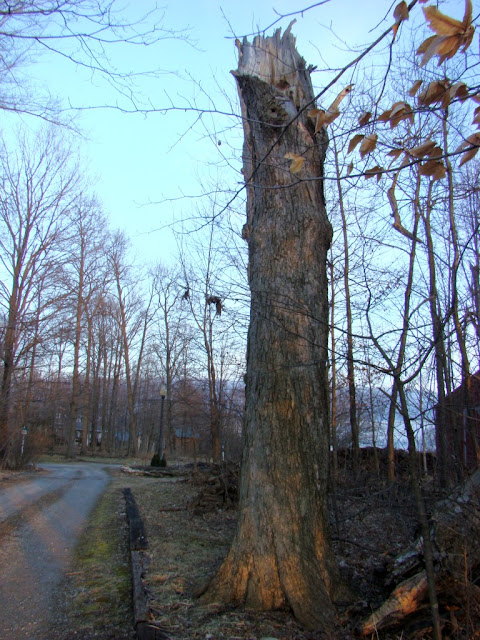 The Sugar Maple:  still a proud harbinger of life, well into decline and decay.

One favored bird, the White-breasted Nuthatch  runs wildly head-first down the tree.  Caching food for future use and generally adding to the woodland ambiance with his ank-ank-ank or ip-ip-ip calls.  Nuthatches are the only birds able to descend trees in the face-forward postion.  It is all in the toes. Unlike the others woodpeckers' two toes in front, two toes in back arrangement, the nuthatch toes are configured one in back, three forward. The back one is long- and decurved- which allows for the "hanging downward" position.

This towering trunk could also provide a home for the local Screech Owls.  Several broods have been raised in our woodlot and this standing trunk has all the promise of a new condominium.  I'll be watching for the evidence of owl pellets.

Just as a whale-fall in the ocean provides a unique habitat for a league of species, the "tree-fall" in my yard is worthy of much more study.

To learn more about habitats found in your own back yard, join us on March 3rd at Muskingham Valley Gardeners'  "Spring Fever" Home Gardening Symposium.  You can find all the details HERE.
Posted by Weedpicker Cheryl at Monday, February 20, 2012 4 comments:

﻿Once considered the proprietary domain of hunters, duck stamps have come out the of conservation closet and into the mainstream. And let's face it- the main stream is a great place for a duck. 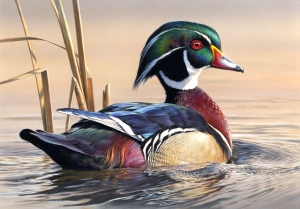 This year's winner for the Duck Stamp Art was a brilliantly hued Wood Duck by Joseph Hautman of Plymouth, MN.  This stamp will be available in July of 2012 and is an excellent purchase of art for conservation.  Ducks bring in bucks.  It is as simple as that, and without the conservationists - like Ducks Unlimited-  we would be much the sadder for wetlands. 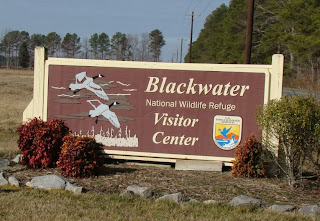 Many important wetlands have been purchased largely by the monies collected for Duck Stamps. While visiting Maryland and Delaware recently, we stopped by a National Wildlife Refuge named Blackwater. 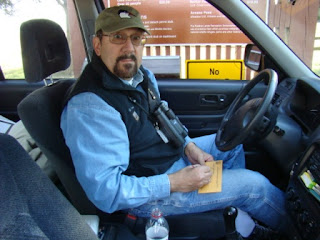 We were able to drive right in, because my savvy driver Paul Baicich had purchased Duck Stamps.  Paul is well known in conservation circles and his articles are found in Bird Watcher's Digest and a plethora of other print media.

I hope you will join Paul and many others (including me) as we support the excellent refuges system across America.  It not just for ducks either; plants, butterflies and songbird love these places as well!

Posted by Weedpicker Cheryl at Sunday, February 19, 2012 No comments:

﻿A whirlwind trip to Washington DC and other parts east has provided some new insights for this blog.  Paul Baicich of Great Birding Projects invited me to join him at a reception for California Rice's meet and greet with growers, environmental types and other notables from DC.  This may be the first time being from Ohio felt nearly- exotic.  ie: "You are from Ohio?  How did you get to DC?"

But the important news is the great work being done.  Rice is bird friendly.  Looky at their logo- they can't help themselves for bragging! 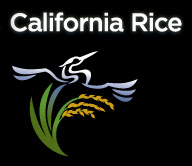 And after spending an evening sharing stories about great birds and fabulous wetland habitat, we were all in agreement.  Birds really like rice fields.  And those soggy fields are filled with ducks and geese,  as well as an array of other species making a living of the insects that live in wetlands.   We were regaled with tales of a Tufted Duck and a leucistic (white) Burrowing Owl- both found on rice farms.  Go here for more info. 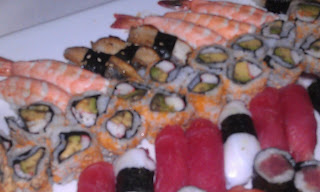 ﻿California Rice is white rice.  That big fluffy stuff from Japan that is exclusively used in the rolling of sushi.  We had an colorful assortment of sushi for our gastronomic delight; being the botany type, I insisted on a "vegan" roll.  Besides, that will also keep me from being chastised by my daughter the aquatic biologist.

Shall I mention that sushi also pairs well with California wines?  Seems to me California should be elevated to the top of my "Places to Bird" list!
Posted by Weedpicker Cheryl at Friday, February 17, 2012 No comments:

Saturday was a lion and Sunday, a lamb.  I awoke to 3+ inches on snow on the ground on Saturday morning which proved to be a lovely winter day. By Sunday it was 48 degrees and perfectly sunny.  It called  for a hike.  My daughter and son-in-law met up with me in Licking County and we conspired to visit Blackhand Gorge State Nature Preserve.  You'll want to add this to your "places to see" list. 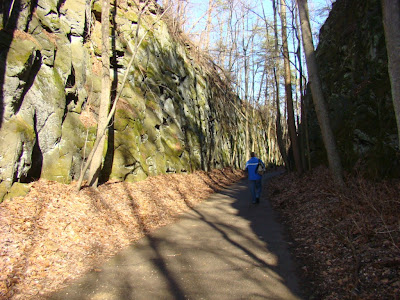 Blackhand Gorge has a paved main trail, easy to walk, with excellent views of rock bluffs and river overlooks.  There are numerous lesser trails, some to an overhead bluff,  others lead to the trail that was once part of the Ohio-Erie Canal.  We plan to return to visit more of those lesser trails.

We stuck to the main path which delighted with scenery and good examples of  both yellow birch and cherry birch.  You'll want to pack your favorite tree guide along for this jaunt. 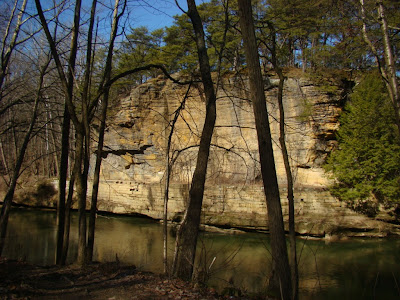 This is the majestic standstone bluff overlooking the Licking River.  Blackhand Sandstone was named for a giant black hand-shaped petroglyph the Native Americans once engraved here.  The engraving was blasted away when the Ohio-Erie canal was cut through in 1828.  A piece of our native history forever destroyed in the name of progress.  Unfortunately, by the time that canal was finished, it was already a relic itself- rapidly being replaced by the railroads. 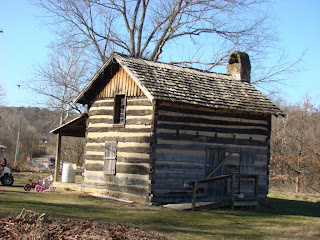 Hopefully we learned that preservation of history and nature should not aways be forfeited to man's progress.  Too often a pioneering idea becomes infected with unstoppable greed.  Corporations, like canal companies, start counting the profits- before they count the "costs."  Today's oil and gas exploration has grown so rapidly, they have surpassed regulatory agencies ability to keep up with them.  New techniques are touted "safe" long before we have added up the costs. Oil spills in the ocean, natural gas leaking into fresh water wells, and fracking fluids pumped underground where homeowners protest- but lose to the will of giant corporations.

Makes me want to forget about it all... and take a simple walk and enjoy nature. But if we try to forget our pasts, they are bound to come back to haunt us again.  Maybe those Native Americans were trying to say "Stop."

Two of the most rewarding things about being a birdwatcher: becoming familiar with your own backyard birds and contributing to "citizen science."

The Great Backyard Bird Count (GBBC) is a great way to learn about and enjoy your local birds, engage with family and friends, and join thousands across the country in submitting observations to the GBBC database. Simply count any birds you observe in your backyard, local park or other location for just 15 minutes on one or more days between February 17 and 20, and report your findings online at http://birdcount.org. 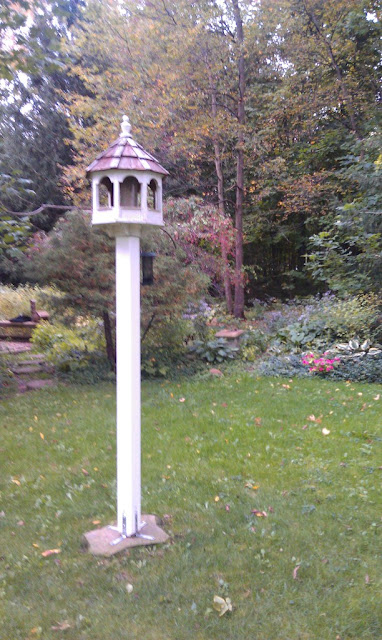 I'll be watching at my favorite feeders- the ones in my own backyard.  You can watch too!

Learn more about participating in the GBBC at http://www.birdsource.org/gbbc/howto.html.    If you are near Richland county, stop by the Gorman Nature Center to pick up an informative flier.  Hope you help us count the birds, and you'll see how much fun it can be!
Posted by Weedpicker Cheryl at Saturday, February 04, 2012 1 comment: 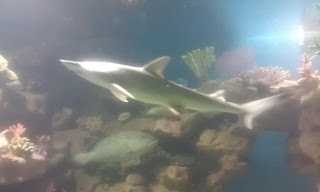 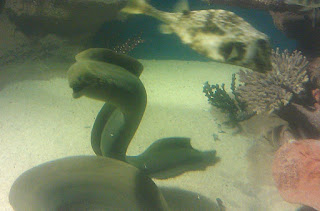 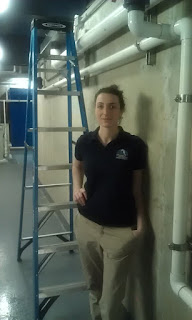 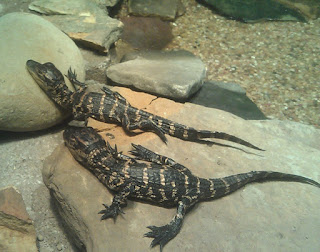 Posted by Weedpicker Cheryl at Friday, February 03, 2012 No comments: