Deep into West Virginia, in a quiet valley within a pristine gorge, lies a puzzling sight.  The locals call it the "Polka Dot Forest."   It makes the uninformed wonder a bit, and speaks of a worrisome future to those "in the know." 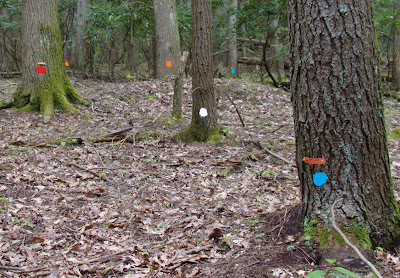 What are those "dots" on the Hemlock trees? 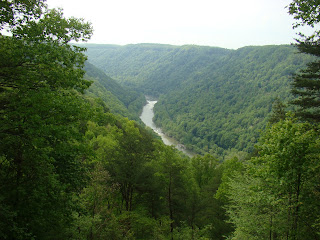 In late April, just before Flora-Quest, I had traveled to the New River Gorge in West Virginia with Greg Miller, to see what would become my life Swainson's Warbler.  Needless to say the scenery is beyond gorgeous and I would recommend the New River Birding Festival to any of you inclined toward natural things. 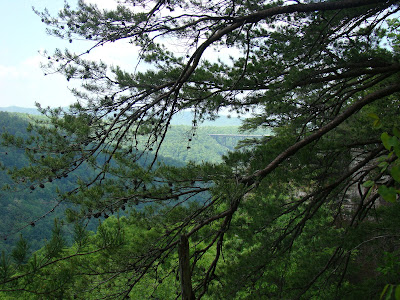 Greg and I enjoyed a day at the Endless Wall Trail at Fern Creek, which I highly recommend for many reasons, including great looks at Swainson's Warblers!  The views of the gorge and the hemlock lined trails create a stunning effect, that you'll not want to miss. 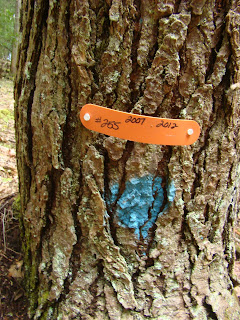 As we walked along, Greg commented to me about the "dots" on the trees.  "What do you suppose they are?"

Realizing the trees were Hemlocks, and fairly up-to-date on the plight of  our natives Hemlocks under siege, I suggested  they might be a scientific study. 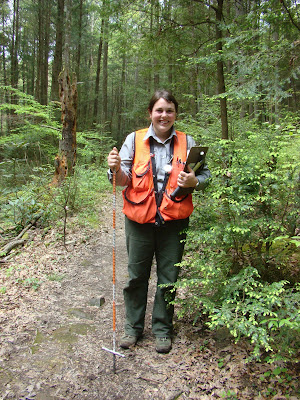 As if a timely apparition, out of the forest (and into our lives) stepped Layne Strickler, a fascinating young lady working for none other than the National Parks Service, treating Hemlock Woolly Adelgid.

Layne told us all about the long term treatment and studies going on at Fern Creek.  She was treating infested hemlocks with the systemic insecticide imidacloprid, and marking the treated trees.  In the past they used a different color spot each year, but the study has gone on long enough, now each tree is tagged and dated each treatment year.  They have also released some biological controls - ie. beetles that feast upon the adelgids.

These studies are very important to those of us in Ohio that understand the significance of our native Hemlock.  It is a keystone species and an integral part of of our ecology at Mohican which we cannot afford to lose. 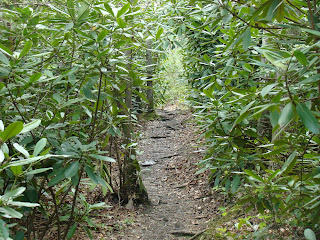 Just past the "polka-dot" part of Fern Creek Forest you'll come to the giant Rhododendron stands.  Beware the Swainson's Warbler in this location... they are mighty plain to look at, but my do they sing sweetly! 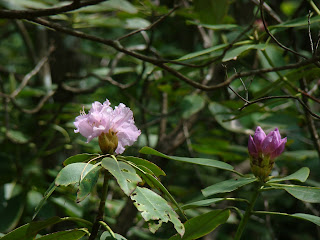 Allow a little extra time to admire the Rhododendron as well. This understory specialist relies on the Hemlock and will surely be impacted if we lose the battle with hemlock woolly adelgid.

My money is on Layne. 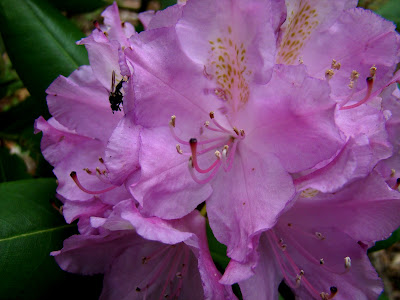