From The Sublime to The Ridiculous

Flora-Quest trip leader Steve McKee has reported in on Quest 5's trip, including Paul Knoop's private preserve, Spring Glen. This Adams County Cedar Barren is the home of many diverse species of flora and fauna. Steve was thrilled with an encounter with Hybanthus concolor, Green Violet, located on the preserve, along with another Adam's county specialty: Shooting Star. 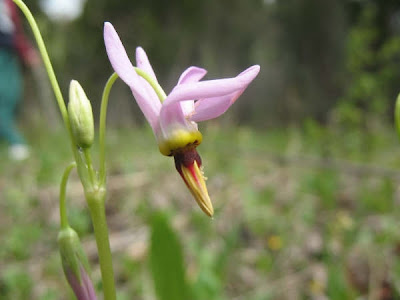 Interestingly enough, USDA plants data base refers to this flower by the common name: Pride of Ohio. Indeed- I think it is an awesome plant! 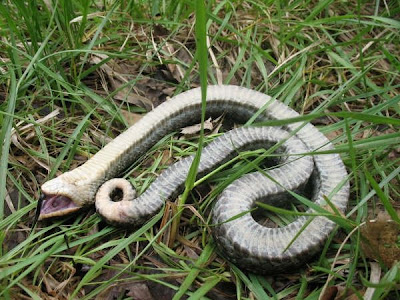 But, leaving the realm of flora, we have an incredible photo of fauna, a Hognose Snake, also shot by Steve McKee. Wait, I don't really mean shot. Before any PETA folks start writing, seriously, Steve and Paul are two of the kindest souls you would ever want to meet. They would never shoot a snake. They might poke it a bit to show people its incredible "possum act" of playing dead, but they would never actually harm it. 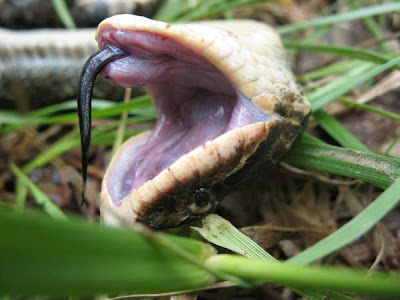 So here is Mr. Hognose, who should win an Academy Award for Best Actor. Believe me, although his tongue was hanging out and he looked to be el morte, he was just fine. They waited around until he crawled away... chuckling about fooling those silly humans! :)

Plant, mineral, animal- you will see it all on a Knoop / McKee trip. They are two of Ohio's best naturalists and great fun in the field.