Today I returned to Ohio newest State Nature Preserve, Daughmer Prairie. It is a good feeling to know that this prairie remnant will be protected for the future, and these gigantic Bur Oak trees which bore witness to Ohio's First Nations will survive. 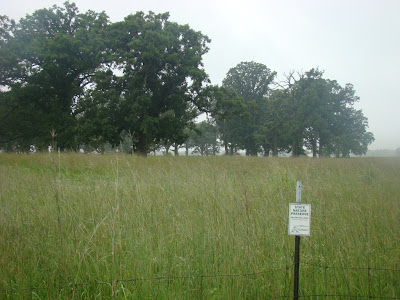 A good day for the tree-huggers and weedpickers, indeed. 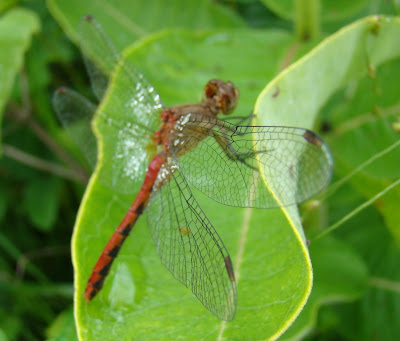 The morning haze was just rising off the grasses, as dragonflies dried their wings. 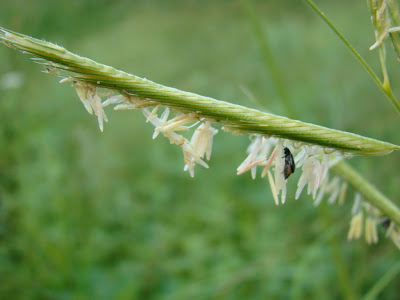 The Prairie Cordgrass, Spartina pectinata unfurled flowers waiting to be caressed by warm summer breeze- but a miniature pollinator crashes the party. It couldn't resist the invitation. 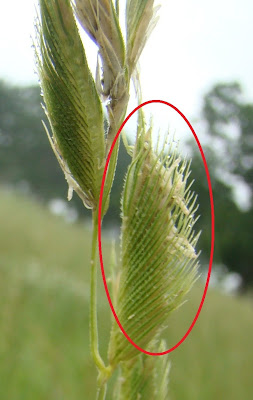 This hardy grass gets it name from the Greek: Spartina a grass used for cord and pectinate refers to the comb-like one sided branches of the panicle. 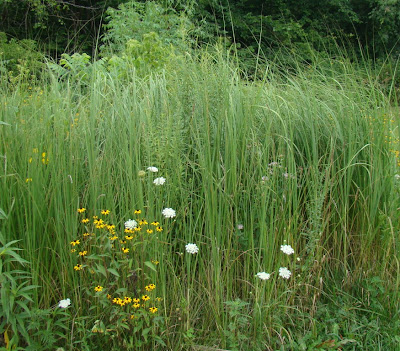 Grass that prefers it damp, Sloughgrass was another common name. Colonies form in dense mats where the ground remains soggy. The sharp leaves of this grass were also called "rip gut" and mule-train drivers soon learned to avoid these areas while crossing America's western prairies. Nothing could be worse than being axle deep in mud in hostile lands.

Remember Timmons, from Dances with Wolves? Even he would have known to avoid the Prairie Cordgrass.
Posted by Weedpicker Cheryl at Thursday, August 04, 2011