I trotted up to Lorain County today to do some birding and visit with friends at Black River Audubon Society. The speaker tonight was Mark Shieldcastle, quite likely most knowledgable person in Ohio- regarding Bald Eagles. Mark was with the Division of Wildlife when the Bald Eagle population struggled with low numbers and were constantly monitored. 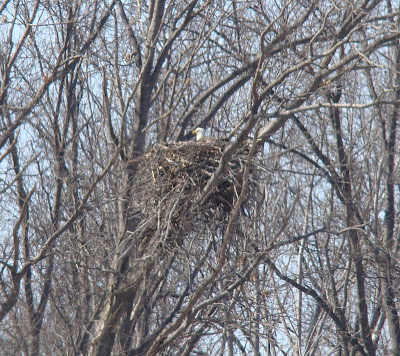 It was a huge deal to us in the 1980's when Bald Eagles build a nest along Rt 2 near Sandusky Bay. It was such a huge deal, there were signs posted "No stopping" along the highway for miles near the nesting territory. It was feared the Bald Eagles would be disturbed by human activity as eagles were not comfortable near our constant hub-bub. 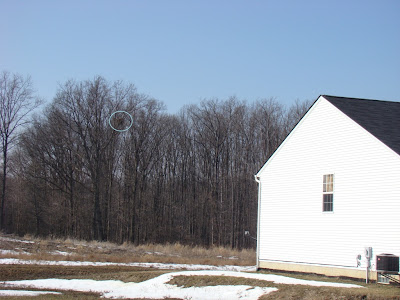 Oh, how things have changed! Ohio is currently sporting a population of 600+ Bald Eagles and they are now brazen beasts. They seem unbothered by most human activity and even found nesting in out-lying suburbia. This sub-division near Sandy Ridge hosted a Bald Eagle nest and a Great Horned Owl nest in the same woods.
...
There are also Northern Harriers and Short-eared Owls. So, you suppose this location is great for hosting birds? I doubt that it is sustainable for long, as without the open fields - housing sub-divisions provides poor hunting opportunities for these larger birds- unless they take up eating feral cats. 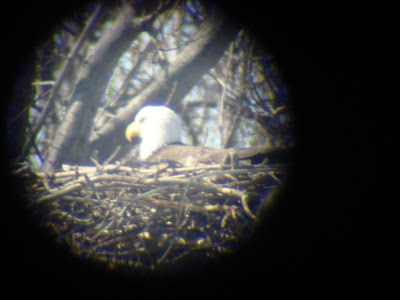 A bird's eye view of the nesting eagle. Wishing them a world of luck with their family! 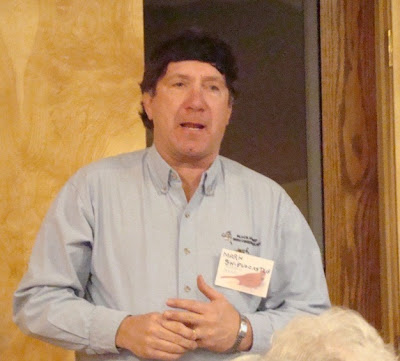 Bald Eagles have re-bounded from the death throes of the the DDT days, but they may face a new danger. Wind Power has the potential to put the smack down on many of our avian species. Black Swamp Bird Observatory is playing a major role in cautioning against the coming fatalities if we continue to build towers and wind turbines in sensitive areas.

..For more information go to one of Mark's programs. Or better yet, go to BSBO's website and support their research and conservation.