As predicted, spring 2012 may go down in the records as the butterflying-est year in history. 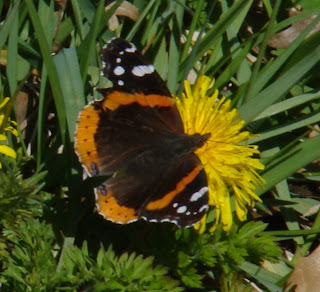 It all started with the Red Admirals.  They were everywhere.  The first ones I saw in April were very "fresh" looking.  I suspected a new hatch.  About two weeks later, waves and waves of these beasties were reported throughout Ohio.  They are known to migrate in from the south-west on warm winds. 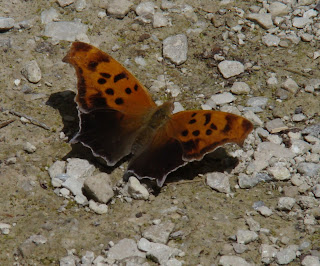 Question Mark, this one is from Point Pelee. Note the beautiful purplish margin on the edge of the wing.  This early butterfly is no surprise, as Question Marks and Commas can winter over on mild years. There was also a large number of them reported as emigrants this year as well. 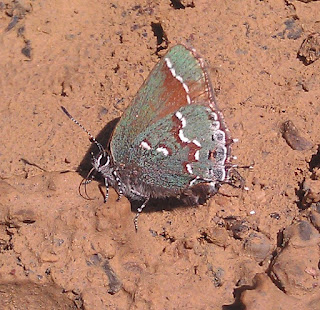 Juniper (or Olive) Hairstreak,  an early butterfly from Adams County.  We saw more of these in a day than I have previously seen in a lifetime.  Butterflies (and butterfliers) are having a very good year! 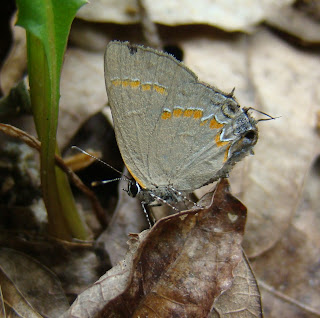 A well worm Red-banded hairstreak.  This one was seen during Flora-Quest. 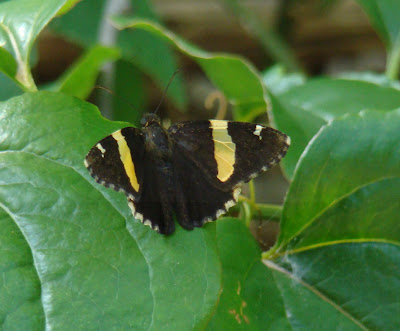 Gold-banded Skipper, a rarity found in Shawnee State Forest by Jaret Daniels at Flora-Quest. Take the time to check all those Silver-spotted skippers a little closer!  You may be looking at something much rarer. 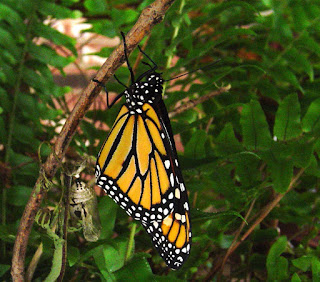 The Monarchs are also back.  We found them in Adams County and again at Meadowbrook Marsh in Marblehead, Ohio.  This colorful butterfly is the most recognized insect in America.

But an insect that should be of most concern the birders is the Midge.  Do not confuse these with mosquitoes, they do not bite.  These water-born insects were abundant in the underbrush, beneath the leaves of every tree and shrub along Ohio's Lake Erie shores and at Point Pelee during the Biggest Week in American Birding.  This is warbler food.  The migratory birds were stuffing themselves on midges.  It is a good thing they are plentiful, as it would take 20 or 30 midges to pack the protein punch of one juicy caterpillar.

Never underestimate the importance of insects.  If you like birds, or other forms of fauna- such as mammals, realize that insects are a critical part of the food chain.  Without them, we would forever have "silent springs".
Posted by Weedpicker Cheryl at Thursday, May 17, 2012