Midwest Native Plant Conference had an offering of wonderful field trips and our group investigated Possum Creek, a Dayton Metro Park. It offers a bit of woodland shade and a rather nice prairie planting, which creates habitat for many creatures. 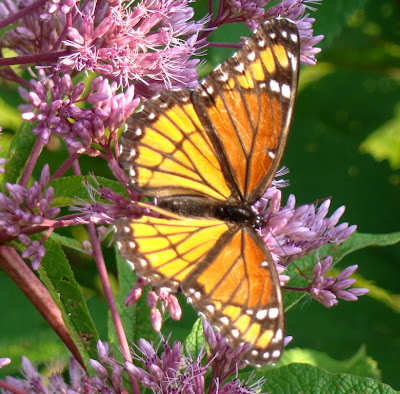 Our focus was on butterflies as well as native plants and we had nice looks at a both Viceroys and Monarchs. It offered an opportunity to study the difference in their wing patterns (look for a tight "V" in black on the Viceroy's upper wing-photo above) and their flight styles. Monarchs are deliberate in their flight- think "Bald Eagle" of the butterflies. 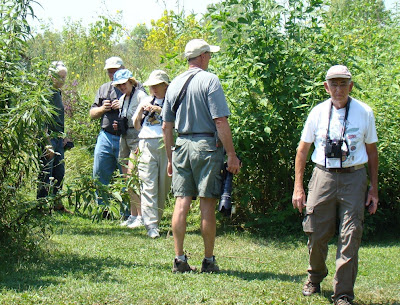 Jim Davidson (far right), my co-leader is a wealth of knowledge in the field, an incredible butterfly/plant mentor. Jim can call a skipper at 25 paces- and he is unbelievably accurate! 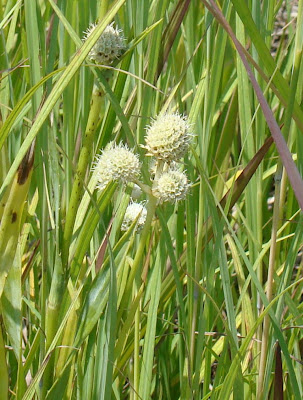 And we saw loads of plants! The Rattlesnake-master, Eryngium yuccifolium was this year's poster plant for the event. A rather odd looking member of the parsley family, Rattlesnake-master can be utilized by butterflies as a nectar plant and as a host for Black Swallowtails. 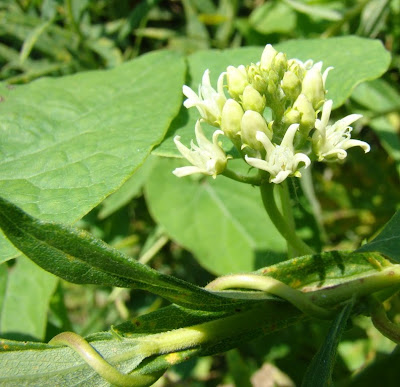 Sand-vine is a climbing member of the milkweed family and another host plant for monarchs, shown here twisting around other prairie plants. It is also called Honeyvine (oh, man those common names are confusing) and now the Latin has changed too! It was once called Ampelopsis albidus, but is now called Cynanchum laeve.
..
Your choice- keep up with the name changes or not- but I will try to keep current, since this pretends to be a botany blog. 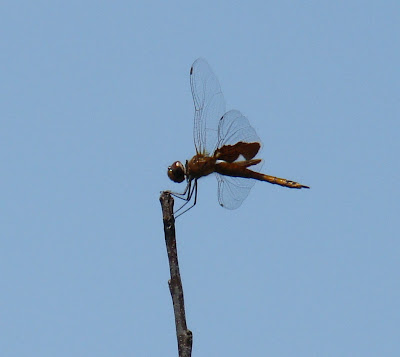 Last but not least, we were thrilled with a Carolina Saddlebags, Tramea carolina ... a nifty dragonfly that is a migrant from the south. We considered it a pretty good find!
...
Once again, thanks to the organizers of the Midwest Native Plant Conference and all the great folks who attended. I enjoyed meeting up with old friends and making new acquaintances.
...
So get out there and promote biodiversity- plant native plants!
Posted by Weedpicker Cheryl at Monday, August 09, 2010