Ottawa NWR- A Copper Mine

Ottawa National Wildlife Reserve in northwest Ohio has been all the talk of late. The gates have been open more frequently to birders, and the shorebird migration has been all the rage. It seems they had a gob of godwits last weekend and Larry Richardson tells the full story here. 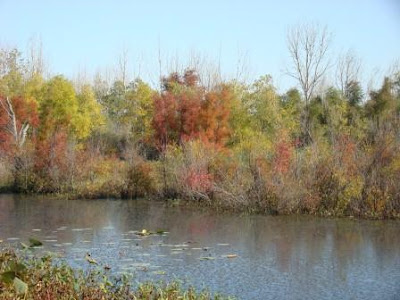 Another group of nature-seekers have been haunting the paths at these same impoundments. September and October aren't just a good time to see shore birds and fall color. 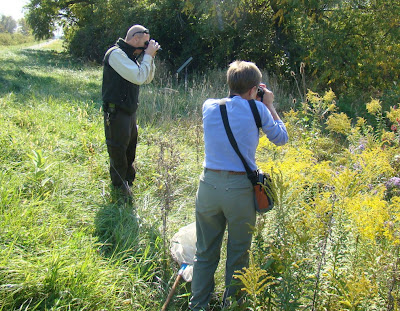 Fall is also prime time for late butterflies! Especially the RARE Purplish Copper, Ohio's most wanted butterfly; they had not been seen in about ten years! That is, until someone got a photo last year while birding at Ottawa. 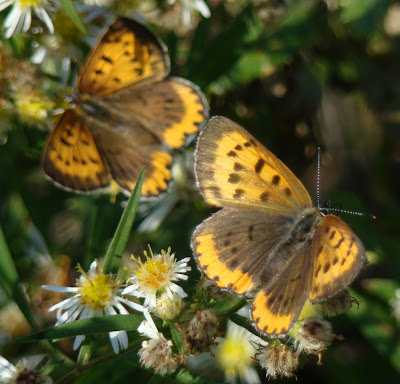 So the great hunt begins! First we need to wade through the Bronze Coppers, their sister species. After seeing nearly 400 Bronze Coppers in one day, one might think they are as common as a butterfly could be! However, since they are strictly a wetlands species- and Ohio has lost over 90% of our wetlands- they are only common in rare places. 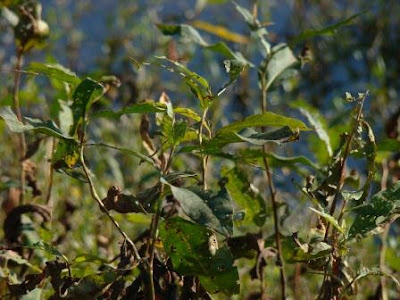 Butterflies often have highly refined tastes for certain host plants, and our target species, the Purplish Copper, feed on a terrestrial form of the Water Smartweed, Polygonum amphibium. Some say Purplish are extra keen on the hairy form of the plant. 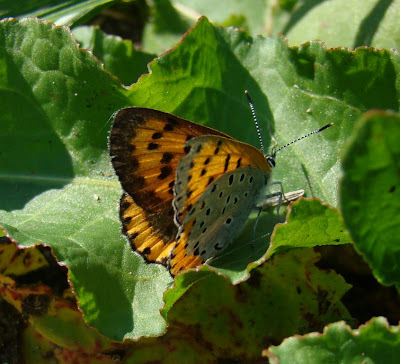 We checked over every plant and every individual we could find. This female appeared to be settling in to lay eggs, but alas she is only a Bronze Copper. We continued to look... 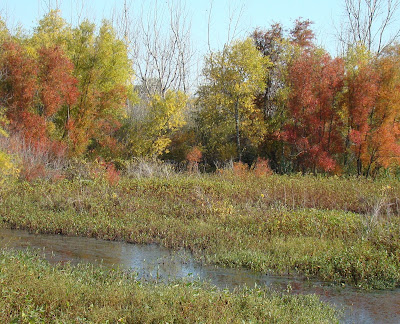 Did I mention there was over three miles of possible habitat? It was like searching for a needle in a haystack! Unfortunately, after four hours of beating the bushes, we were no closer to solving the mystery of the missing Purplish Copper.

But we haven't given up! Well, maybe for this year. But next year, we will be back at it, armed with these amazing "cheat sheets" that Jackie made for us. Now you have the scoop on Ohio's "Most Wanted" butterfly! Take a close look and you will see why it is so easy to confuse these two different species of the copper colored butterflies. 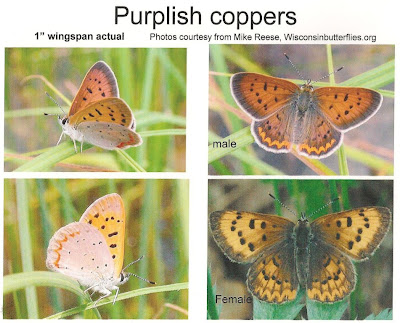 Special thanks goes out to Mike Reese of Wisconsinbutterfly.org for allowing us to use his wonderful photos. If we can't find our own Purplish Copper soon, we may have to go visit Mike to see a little bit of their marsh magic!

Remember, keep your eyes to the skys (and the smartweeds) if you are visiting Ottawa NWR!
Posted by Weedpicker Cheryl at Wednesday, October 12, 2011