A small lucky group of want-to-be "sedge-heads" attended a Sedge Workshop at the Cincinnati Museum Center's Eulett Center held in Adams County. Filled with trepidation, each of us hoped we were up to the difficult task of sorting those confusing members of the Carex family. 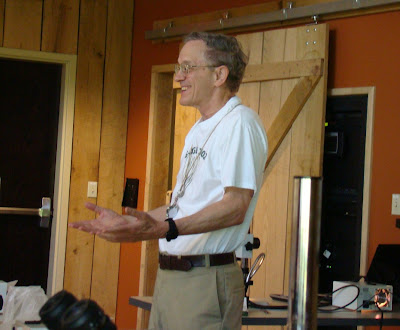 Dr. Paul Rothrock from Taylor University (Indiana) is a fabulous author and teacher, who gently guided us through the keys. In this photo you can almost hear him say... "So what if they aren't orchids?" After all, sedges are quite beautiful and complex in their own right. 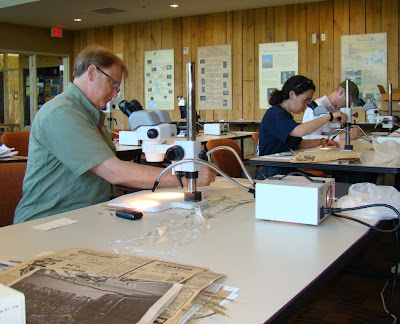 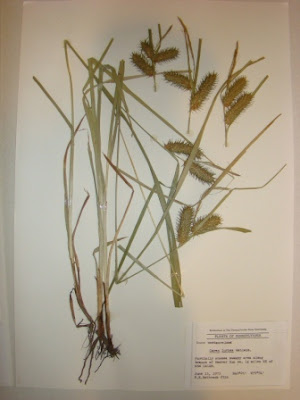 And sure, he didn't bring out the labeled pressed samples until we were done with our work. 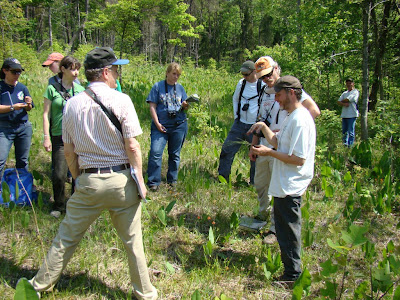 So, it wasn't all desk work. We enjoyed several expert led field trips, including this finale at Lynx Prairie. Don't tell anyone, but I was looking at some other amazing flora there as well, and even shot a few photos that I promise to show you later. 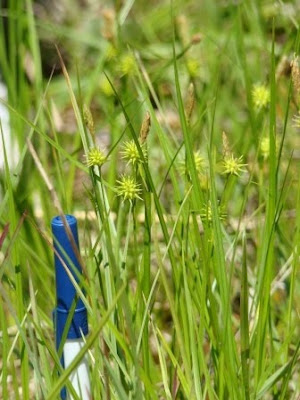 Getting great sedge photos is pretty tricky, but the smaller ones are actually easier since the entire sedge fits in the photo. This little yellow sedge is not much larger than the pen I jambed in the ground to give you a sense of proportion. 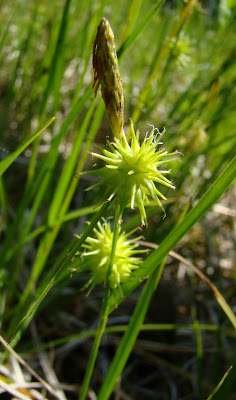 These clever little plants are self-pollinating. Some hold their pollen bearing male parts up in the air (like the one shown here) and the female parts get pollinated at each of the points on that ball consisting of perigynium. Each little section will hold a fruit called an achene.

The variety of size, shape and configuration of these basic features is truly impressive. Orchids, after all, generally need an insect pollinator. Sedges are self-sufficient, inventive and industrious. So what if they are not orchids? They are pretty cool in their own right, and it was a pleasure to learn more about them with some fascinating friends.

Don't over-look the sedges. Even if you don't plan to study them, they are still easy to admire and pleasing to the eye.