Nova Scotia is a  land of great natural beauty and history. It is no wonder the early French settlers clung tenaciously to the land.  Some risked their lives hidden in exile and others returned many years after "The War of Conquest", otherwise known as the Seven Year War or French and Indian War.

Do not be confused, the French and Indians were allies- against the British.  However, when the war was  lost, the French settlers were expelled from Nova Scotia. 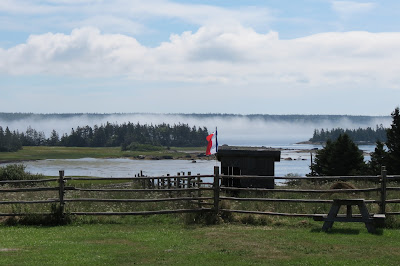 The Historic Acadian Village is found in Pubnico, on the south shore of Nova Scotia. I was told Pubinco was a Mi’kmaq (First Nation tribe) word meaning "cleared land."  This village is the oldest Acadian village in the world. 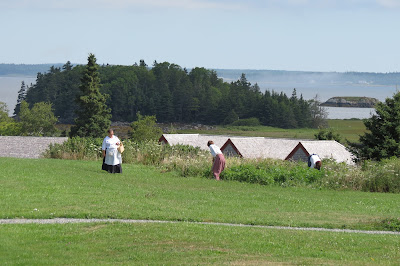 The blue sky reaches out to the waters, as women pull weeds from the potatoes grown in a village garden.  It seemed like hot work, however they said it was much preferred to the kitchens in the summer. 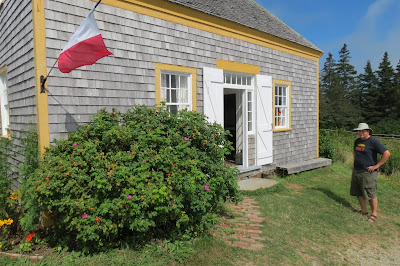 A typical house, neat as a pin... and filled with children.  This village was founded by Philippe Mius d'Entremont in 1653.  In the yard stands one of the many relatives of Philippe that remain in Pubnico; Ronnie was happy to chat-up the docents in their native French. 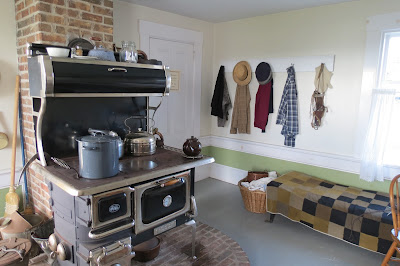 The interior of the house was well-appointed.  This village is one of the most complete historic sites that I have ever had the pleasure to visit.  It was as if  Henry Ford's Greenfield Village meets Canada. 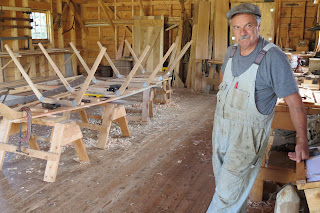 A flat bottom Dory is being built in the boat shop. 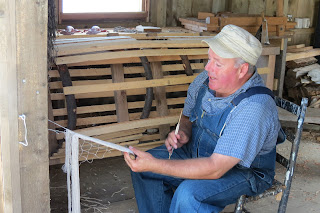 A fisherman repairs nets by hand, and he has stories to tell. 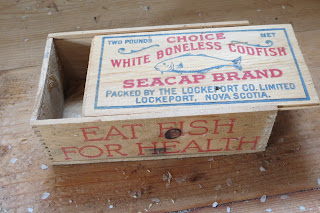 One building was set aside for the purpose of drying and salting cod. 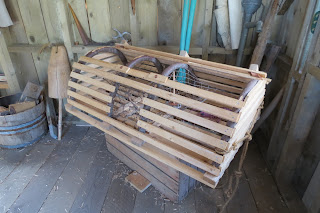 Lobster is still an important industry in Nova Scotia.  However, these historic wooden traps have been replaced with modern metal ones.  They stack better and last longer. 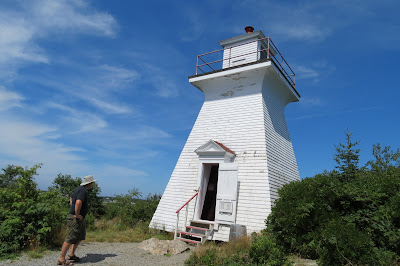 And last, but not least a harbour light. Unfortunately the lighthouses of Nova Scotia are rapidly being decommissioned, as they are no longer needed for modern navigation.  It is a great loss, in my estimation, to the scenic (and tourist $$) value of the land.   Ronnie was thankful the lighthouse from Abbott's Harbour was moved to the village for preservation, as it played a huge role in his childhood.

My recommendation to travelers:  Don't just see the birds or botany;  immerse yourself in the culture of a country as well.  View the local historical sites and learn about the people.  If you find yourself with 3 hours to kill at the airport, might I suggest reading Henry Wadsworth's Longfellow's Evangeline.    It is a romantic poem retelling the tragic story of two star-crossed Acadian lovers and their deportations.  The story eloquently immortalizes the landscape and people of this nearly forgotten land.