Having just returned from Nova Scotia, I have barely shaken the white sand from my shoes, much less the haunting feelings evoked by visiting some of the most beautiful sea-scapes in the world.  In the world. Certainly you think I over state this? 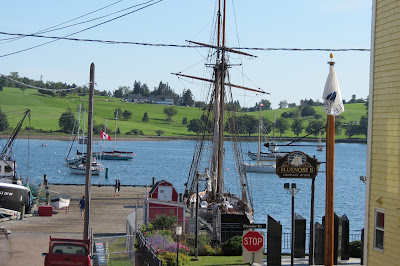 The Harbor at Lunenburg

And yet, Old Town Lunenburg has been named a UNESCO (United Nations Educational, Scientific and Cultural Organization) Heritage Site of outstanding universal value.  It is deemed- right up there with the Pyramids of Egypt and the Serengeti National Park of Africa- as a cultural value to the world. 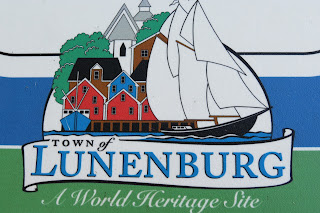 Lunenburg is breath-taking sight.  Understated, yet elegant.  It is so hauntingly beautiful, I would be on a return flight today if it were humanly possible. 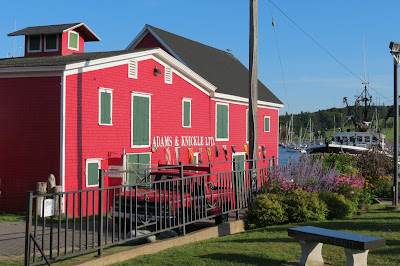 The water front is home to the Bluenose, a ship of great fame.

The Spinnaker Inn has fabulous meals- I recommend the fish cakes served with a cranberry rhubarb sauce. To die for.

This is my friend John Kirk, the rascal responsible for getting me back to Nova Scotia.  He is shy, so I will put his photo small, but note the fish above his head.  These elegant beasties are on many of the street corners, and I photographed several of them for the future amusement of my daughter JJ. 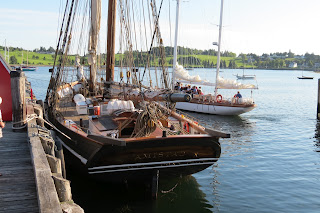 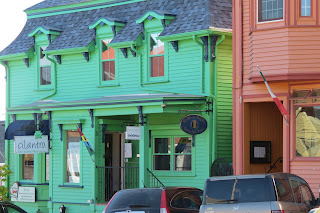 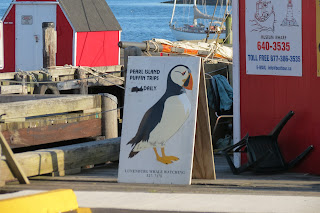 and the real reason I returned to Nova Scotia.  Puffins.  Yes, we'll have the details of an entire Puffin adventure, coming soon! 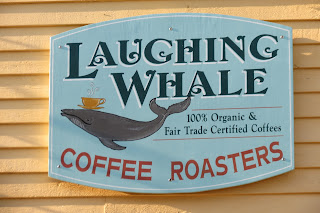 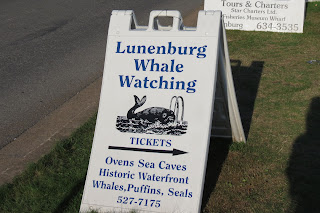 Whales?  Yes, they are here my dears.  But I was too busy chasing birds and picking blueberries to be bothered with Moby Dick.  However, I did photograph the town where they filmed the recent movie.

All to come.  Nova Scotia, a beautiful land where sky meets sea.  Lobsters, laughter and a coast scraped clean by the glaciers.  Peggy's Cove, Lunenburg, whales and Puffins, don't forget the Puffins.  An improbable bird, to be sure.
Posted by Weedpicker Cheryl at Wednesday, August 15, 2012