Once again, Mansfield has hosted a winter Rufous Hummingbird! 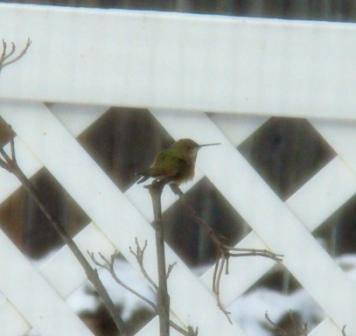 This shy gal was perched well out into the yard, difficult to photograph. 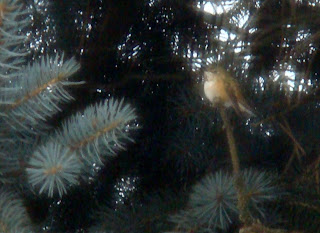 Her favorite roost was within the boughs of a Blue Spruce.  Nice an toasty in there, well out of the wind and snow. 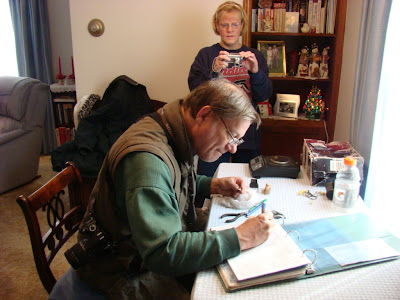 Our friend Allen Chartier traveled down from Michigan to band the bird, while homeowner, Barb, anxiously photographs the whole examination.  Even the surprise... 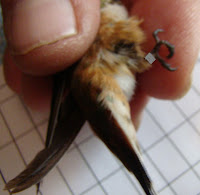 This bird has already been banded!  After the surprise of having a winter re-capture hummingbird, Allen checks his files and find - it was his bird originally.     (The band in this photo is highlighted) 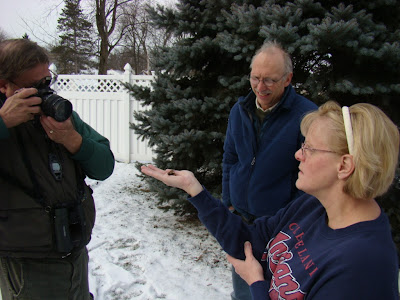 Proud homeowner Barb, releases the hummingbird unharmed, while Steve McKee looks on and expert bander Allen Chartier takes photos.   It was certainly a day Barb will never forget!
Allen's take on the full account it posted below: