High above the city of Lancaster, Ohio a piece of history remains nearly as fresh today as it was for the Native Americans who once inhabited this land. This rock bluff is a silent sentinel to ages past and affords a spectacular view of the bustling city below. 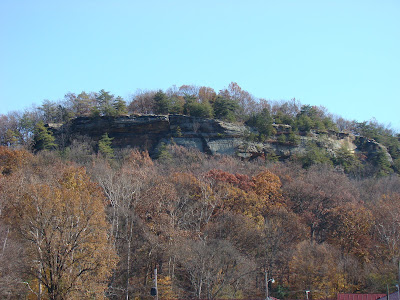 It may well be considered the gateway to the Hocking Hills, as it rises above Lancaster which was founded on Ohio's earliest highway- the Zane Trace. Located on the edge of unglaciated Allegheny Plateau and the intersection of a band of Illinoian till crossed by the Hocking (Hockhocking- meaning "bottleneck" or "twisted" to the Adena Indians) River. 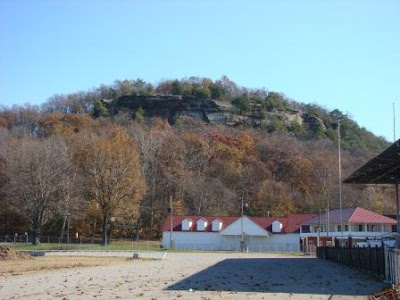 The best view for a perspective of the massive standing sandstone is taken from the fairground's race track. A coincidence? I think not. The Fairground is a vibrant part of the society of Lancaster and the location of one of Ohio's oldest fairs. The view from Mt. Pleasant would be an awesome "box seat" at this track. 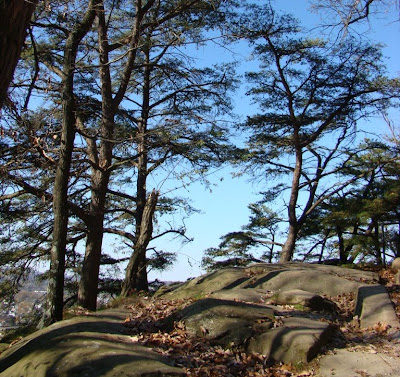 The biggest surprise was at the apex of the mount, accessed by a well worn trail-head found at Rising Park. The weather worn black-hand sandstone created bonsai miniatures of the Virginia Pine, Pinus Virginana giving one the uncanny feeling of a western landscape and Pinyon pine. 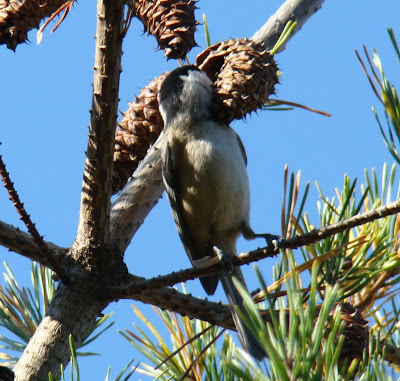 Here we spent a good deal of time enjoying the antics of Carolina Chickadees and Tufted Titmice foraging in the evergreens. I was expecting a Bridled Titmouse at any moment! 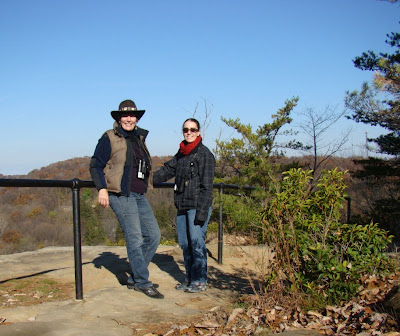 Your blogster and daughter, Lancaster citizen Michelle Goodman, test the safety rails at the edge of the mount. I recommend this hike to anyone traveling through the fair city of Lancaster, and was pleasantly surprised at this mostly unblemished monument to nature, unscathed and undeveloped in the heart of the city. 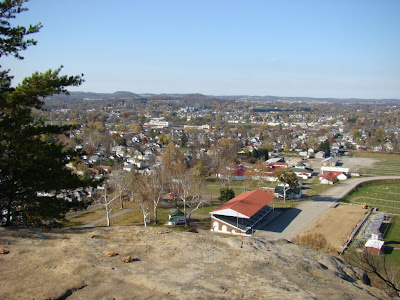 A view of the valley below from the edge of the Standing Stone (Adena's name) or Mt. Pleasant. Quite a view of that race track, the city below and many miles of farmland beyond.

It felt like a peep-show into history. Step back from the edge and one was surrounded by idyllic wilderness. At the edge, lies an early settler's fairground with some buildings well over 100 years. On beyond, urban sprawl and modern day Route 33 bypasses the city to eat into the country side.
I liked the view back away from the edge.