A quick trip to Yellow Springs provided great looks at the latest Say's Phoebe to grace the State of Ohio. Although common and relatively easy to find in Arizona, this is a late fall-early winter rarity for our state, and it may well become only the fourth of its kind if accepted by Ohio Records Committee. 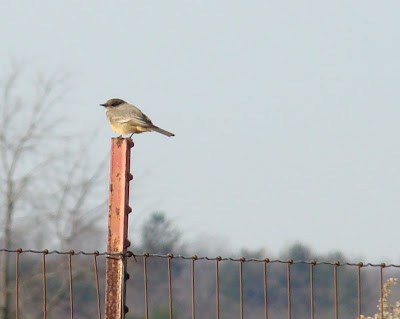 Acting in a manner you would expect from a fly-catcher, the Say's Phoebe darted out in short insect-seeking forays from his perch on a wire fence. The tail bobbing looked like the familiar Eastern Phoebe's- but the black tail, and orangy-coral tones on the flanks and belly make outstanding field marks.

And if you go to see the Say's, remember there are some fantastic natural areas to visit in the surrounding areas. 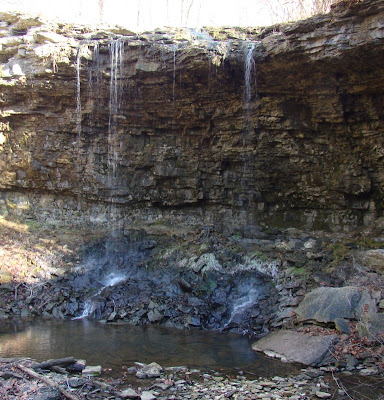 A mere 20 minutes from Yellow Springs is Charleston Falls, a park in Miami County. Jim Davidson and Janet Creamer recently gave me the grand tour, complete with bad puns and dormant plant identification. The trails are well-maintained, with boardwalks, stair cases and bridges making reasonably easy access to this rock canyon with a good assortment of mosses and ferns for winter botanists. 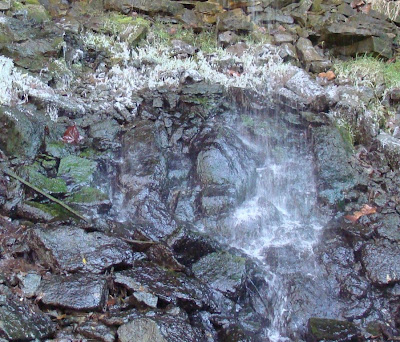 The water splashing on the vegetation created up-side-down icicles (ice stalagmites?) that glistened like white fringe in the sunlight. These moments of magic can only come from cold weather.
Winter? Bring it on!