If you have been following the birding lists in Ohio, you'll know we recently happened upon an unusual flycatcher at the Marblehead Lighthouse.

Good fortune ordained that I would be birding with my friend Michael Godfrey, who is more savvy about these things.  When I found the odd flycatcher, it was rather obvious that it was not one we routinely seen in Ohio.  Michael's first thoughts were Western Kingbird, but we could not see any white in its hind tail with our naked eyes. Next, I called top-notch birder Jim McCormac for advice and direction.

We  replayed Michael's video and scanned my photos- but on the small screens of our cameras, we could not see enough "white" to be certain.

But Michael has graciously edited his footage, compressed it and slowed it down a bit for us.  Now you can see what we saw in the field- with the benefit of slo-motion.


If you cannot view this video (Apple products) try this:  http://youtu.be/qvzJJKZoEOw

Just like calling a football game, it is a whole lot easier and clearer with high quality photos and slo-motion.  Never was a "rare" bird any better documented!  I just happened to be in the right place at the right time and blessed with the presence of Michael and his many years of camera expertise.

Normally, the Western Kingbird has prominent white tail linings, similar to what one would see on a Dark-eyed Junco in flight. We were searching diligently for those in the field, however, they must have been worn down from his long flight from the west.  This circumstance muddied the identification a bit, but these videos show the facts. There are remains of some very, worn white feathers.  They were not obvious to us in the field, and only with enlarged photos and the slo-motion video do we get the total picture of this bird's identification: Western Kingbird. 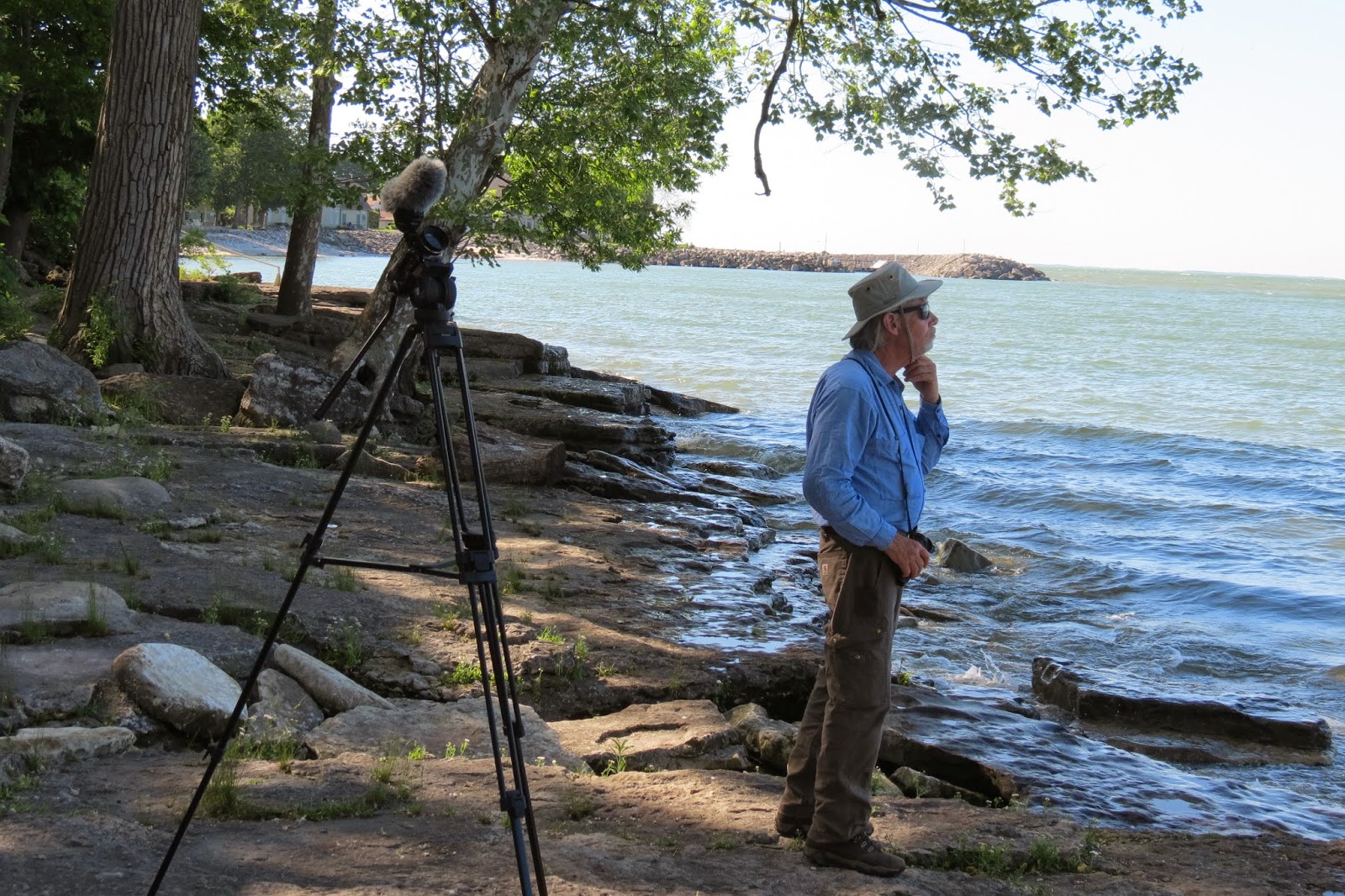 In case you haven't met him, this is my pal Michael enjoying a cool breeze at one of Ohio's most scenic locations.  He was standing on the alvar at the Marblehead lighthouse, just dreaming up good birds. How fortunate for me, he was there to identify the first and only Western Kingbird I have ever seen!

Although the Western Kingbird only remained at the lighthouse for that evening, it was a nice welcome home from our Michigan birding trip.  More on that later...