On a recent foray into the field, the Weedpicker made two discoveries.  Or rather, nature illuminated a couple of camouflage secrets.  Nature has loads of tricks and mimicry is just one of them.  Let's start with a flower and a butterfly.

Salsify can refer to several different flowers.  Some have edible roots, usually they are yellow, but occasionally they are lavender or purple.  You may have noticed their gigantic seed-head which resembles a dandelion on steroids.

Behold, this is the large and beautiful Tiger Swallowtail.  It might be hard to believe one would ever confuse this striking butterfly for a flower. 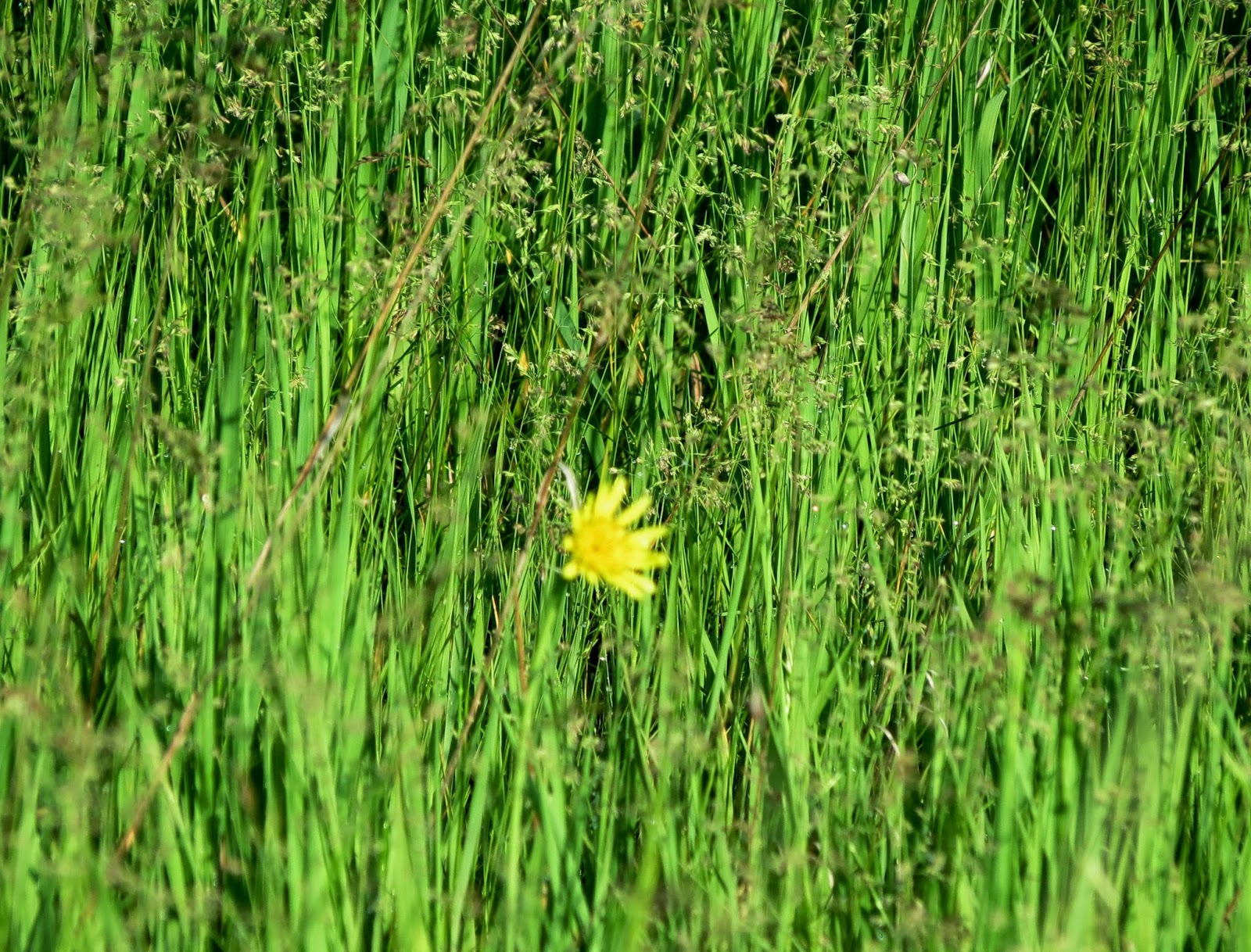 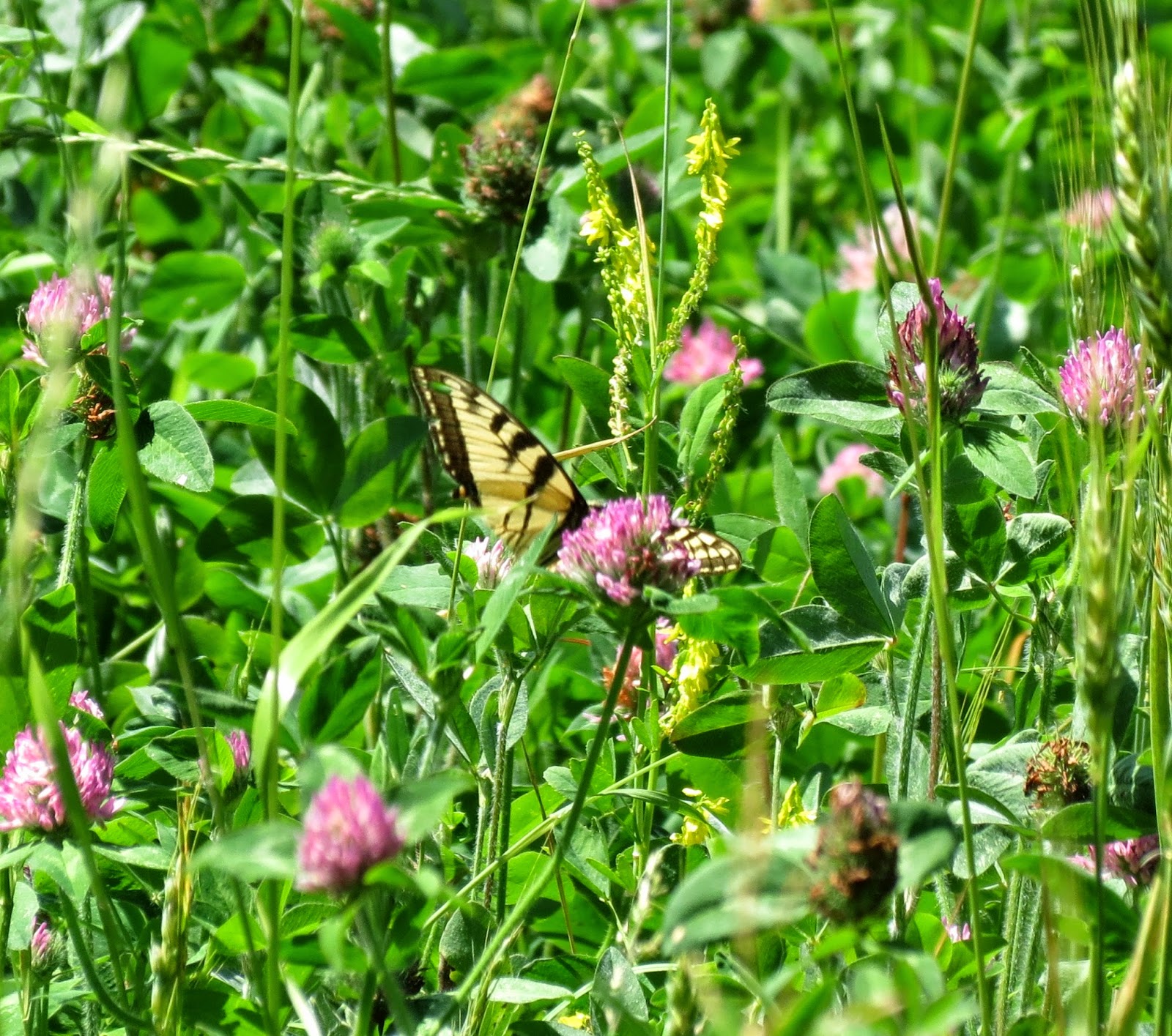 Unless that flower was in the middle of a dew-moistened field.  The photo on the left was a single flower of Salsify, which I would have sworn was a Tiger Swallowtail drying her wings.  The spaces between the petals looked like dark lines from a distance. Suddenly it struck me! Those vivid black stripes on a Tiger Swallowtail really act as camouflage.

So the second photo is a real Tiger Swallowtail in the sun "basking" position.  I have seen butterflies poised on flowers hundreds of times, but it was not until seeing this lone flower in the field I realized how similar both could look to a predator. "Nothing to eat here, just another flower..."

How else can fauna "hide" as flora?   Just study the photo below and it should become obvious. 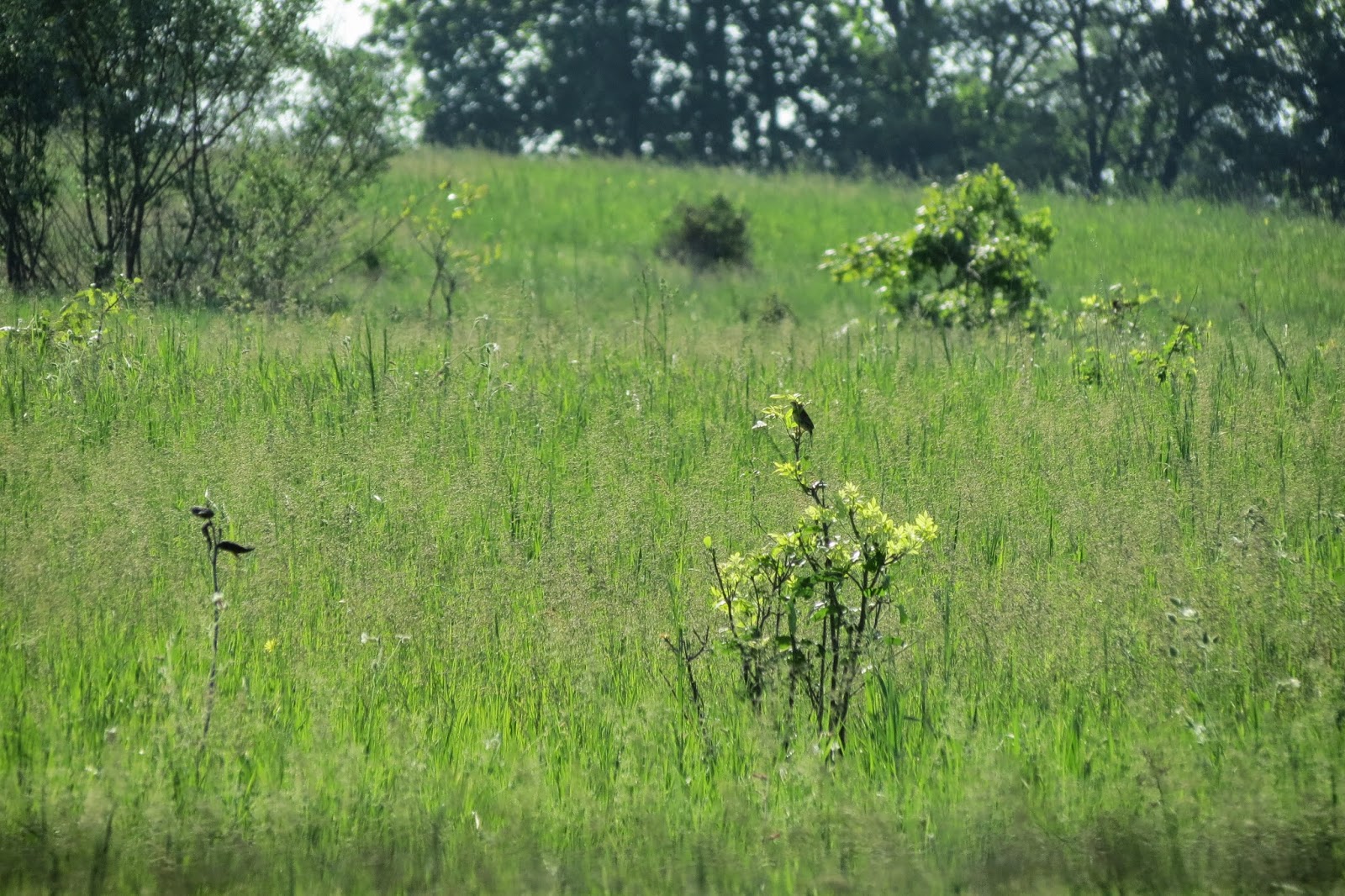 Which is the sparrow and which is last year's milkweed pod?  When one actively seeks sparrows in a field full of spent milkweed pods, you soon learn how effective this camouflage can be!  (The milkweed is on the left; sparrow is teed-up in the shrub.)


The sparrow we were seeking: the Henslow's Sparrow.  It is a known skulker and denizen of the grasses.  It is usually a challenge to get a good look at this bird! His insect-like call, "tss-up" may be your only clue to his where-abouts.

This handsome fellow was not afraid to show himself. In fact, he was actively advertising for a mate.

This was exactly the reason we had traveled north to Sharonville Wildlife Management Area in Michigan. Our southern Ohio Henslow's Sparrows were already actively on nests or tending young by late May. We were able to travel north to see the Michigan birds on territory.

As we were leaving the area, I had the good fortune to meet Kim Leedom, who has kindly shared her personal photos as well as one taken by her son.  Birding is a wonderful way to meet fellow nature enthusiasts and an opportunity to witness nature's secret hiding places in the field.