This weekend offered a wonderful mix of family, friends and history.  The history: a two-hundred year anniversary of the Battle of Lake Erie (from the War of 1812.) 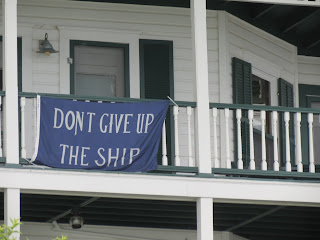 Everywhere the battle cry, "Don't give up the ship!" was evident in the Lake Erie Islands.  This photo of a flag adorning a Lakeside waterfront home was taken from my kayak on Saturday morning.  However, it seems to me Oliver Hazard Perry may have won that battle, but he DID have to give up his ship to move his command center to the US Brig Niagara . 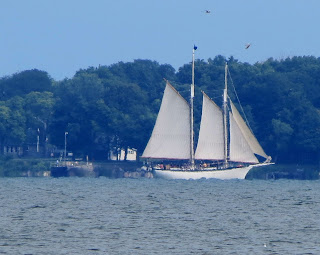 I also managed a long-shot of one of the Tall Ships cruising the Kelleys Island coast-line.  History abounded this weekend! 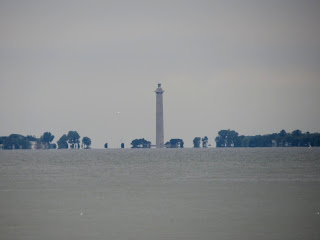 Perry's Monument at Put-in-Bay was also visible from the Lakeside dock.  I would say this photo-shot was a good six-miles out.  Visibility was excellent Saturday morning, before gun-powder filled the air. 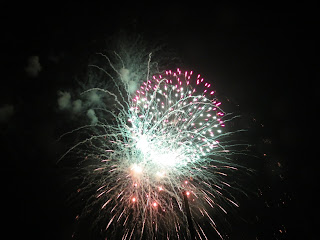 The night skies were filled with fireworks.  Port Clinton and Lakeside had displays on Saturday and Put-in-Bay offered a mind-blowing gun-powder-fest on Sunday night. No shortage of smoke and ka-booms in the west basin of Lake Erie this weekend. 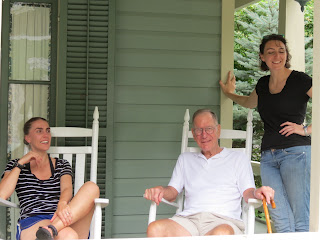 Some of my favorite people we  here as well.  My daughter, Michelle, my father- John Boyd- and J.J. the shark-rider (my youngest daughter.) Both girls grew up in Lakeside, so sailing and good music are favorite offerings.  We all attended the afternoon program of the Navy Band Great Lakes.


In fact, a whole bunch of my family members arrived to celebrate our annual Labor Day in Lakeside. We are a pretty amicable bunch, and the only war going on here was at sea. 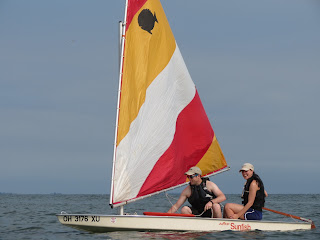 This is my favorite time of year to go sailing .  Shelly was teaching her friend Joe "the ropes," so to speak. 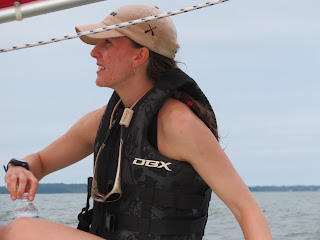 Captain Shelly (Michelle Soski Goodman) is quite capable in her Sunfish sailboat.  She bought her first boat when she was a very young teen growing up in Lakeside.  As much as I like kayaking, there is something even more exciting about sailing these mini-boats on our Great Lake.

So, very little natural  history going on here, but it was a wonderful family vacation.  I always feel blessed to spend time with my children, and am especially fortunate that they are my best of friends as well.