Several years ago, America was smitten by film maker Ken Burns', "The National Parks: America's Best Idea."  It inspired my new-found pride in country, and a desire to see the refugia of our nation's most beautiful and historic places. 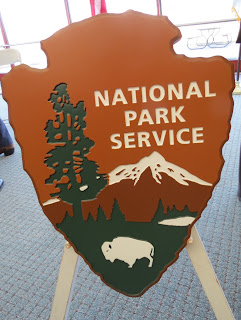 President Lincoln was the first to set national land aside with a protective grant. It later become a National Park, called Yosemite.  It was named a park in 1889 in order to offer the lands more protection, in part due to the influence of conservationists, such as John Muir. Prior to being named a park, the efforts to protect the land grant from unlawful sheep grazing and wildlife poaching consisted of regular Army troops sent to monitor the situation. Those troops were Buffalo Soldiers, black units led by a young West Point graduate, Charles Young. 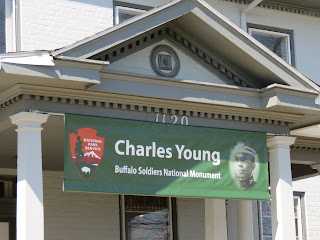 On April 2, 2013 the newest, the 401st National Park was announced in Wilberforce, Ohio. It was the home of Charles Young. 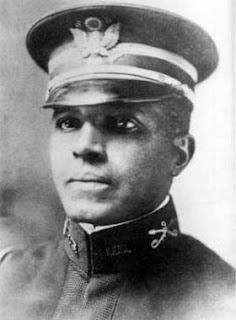 Col. Charles Young was loved and admired as a citizen and a soldier. He was an exemplary leader. His life history is an inspiring story of perseverance in the face of incredible odds. 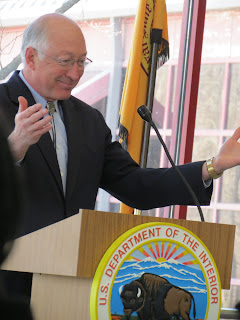 This will be the last new park announced by Ken Salazar, Secretary of the Dept. of the Interior, as he is about to retire. He spoke encouraging words of embracing all of America's cultures. Our parks and monuments should reflect all of our peoples and histories. This is a step forward in telling those stories and protecting them for posterity. 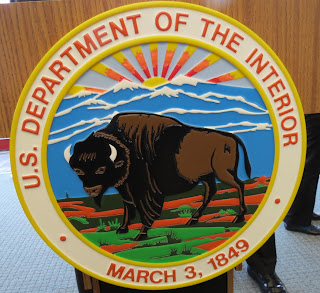 Congratulations and thank you to the many people who made this possible, our friends at Trust for Public Lands and the citizens and organizations in Wilberforce who protected this historic property and made it available. This house will enshrine the history of the Buffalo Soldiers who served -separate and unequal- for a country founded on equality. The time has come to honor all who served our great nation.  Part of that greatness is our willingness to now- lift up those who were held down in the past.

National Parks are also good for the economy.  Not only do they preserve our most precious natural landscapes and historical monuments, they stimulate tourism. In fact, the Nation Park Service has documented for every $1 invested, there is $4 returned to the economy.

Now that sounds like the Best Idea yet.
Posted by Weedpicker Cheryl at Wednesday, April 03, 2013