Pollinators have been big in the news the last couple of years, since Colony Collapse Disorder. Our government is concerned, because bees provide the pollination of all those food crops we rely upon. Go here to learn more about pollinators. 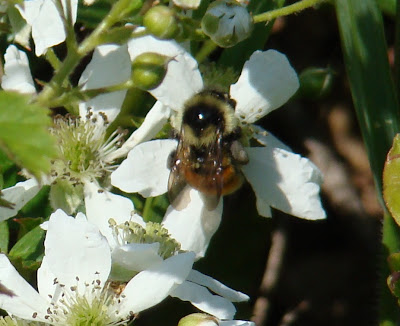 Tricolored Bumblebee, Bombus ternarius
Canada and Michigan have bumblebees which are a little different than the standard yellow and black job found in Ohio. These colorful cruisers had my attention from the onset, and I wasted plenty of other-wise good birding time trying to photograph them. 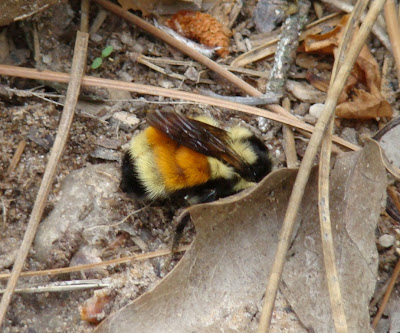 Tricoloreds, also commonly called Orange-belted Bumble bees, are three colors and this picture shows it well. I haven't run across much info about these cruisers, but I did note they spent a good bit of time in solitary efforts of digging tunnels or holes in the sand. If anyone has an explanation for that behavior, certainly we would all like to know. Please pass it on! 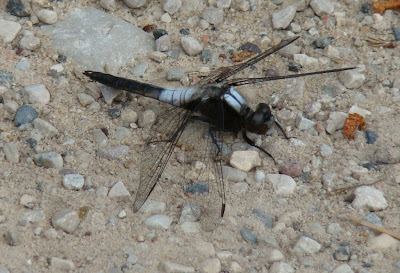 This dragonfly is a major rarity for Ohio, but they were as common as dandelions in the UP of Michigan. They hang out on the roads by the hundreds! 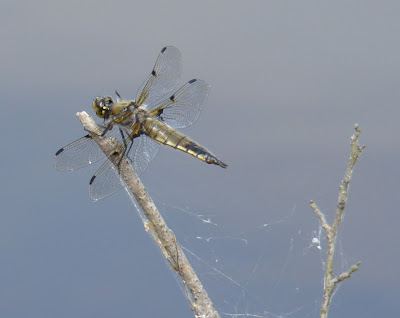 Seney National Wildlife Refuge was an excellent location for many species of dragon and damselflies, many not commonly found in Ohio. It was fantastic to see a whole new range of species! 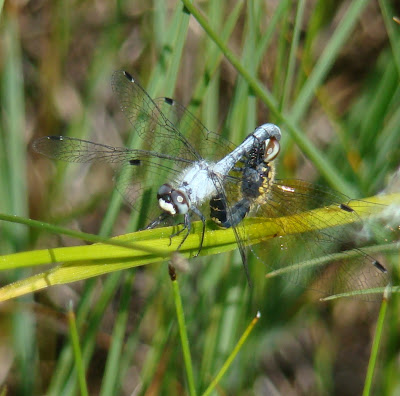 The smallest dragonfly in North America is found in Ohio, but it is rarer than hen's teeth. This mated pair is no bigger than a singular wing of the previous skimmer. Denizens of bogs and fens, Michigan has plenty of Elfin Skimmers, while Ohio has only a few known locations. The best place to look for them is at Cedar Bog.

If you like interesting insects- be sure to join us at the Bobolinks at Byers Woods festival this Saturday (June 25th.) Guy Denny will be leading a walk at 11:00 am to help us identify all the dragonflies and butterflies in the surrounding fields. Hope to see you there.
Posted by Weedpicker Cheryl at Thursday, June 23, 2011