If you ever get the opportunity to spend time in the Upper Peninsula of Michigan, here is a birding hot spot you will want to hit! 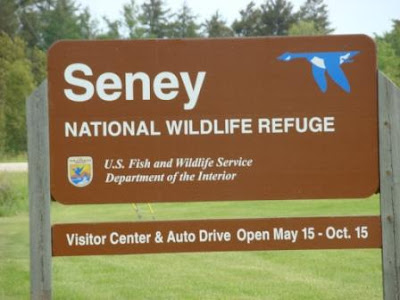 Seney National Wildlife Refuge is "all that and a bag of chips," as my buddy Jason would say. The birding was fabulous, but the dragonflies here were mind blowing. Chalk-fronted corporals- a dime a dozen.. but we will get to that later.


Seney's wetland habitats speak for themselves. Today will we go to terrain less travelled. 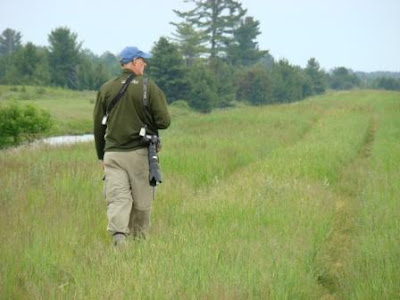 Here's grouse hunter Greg Cornett, leading the way through the most tick infested landscape I have seen since Adams County, Ohio. There are 3 kinds of grouse ( virtual wild land-chickens, to the uninformed) in this part of the UP: Sharp-tailed, Spruce, and Rough Grouse.


We were after the localized, rare species- the Sharp-tailed Grouse. All three species have different habitat requirements, and Sharp-tails like this wide open county. 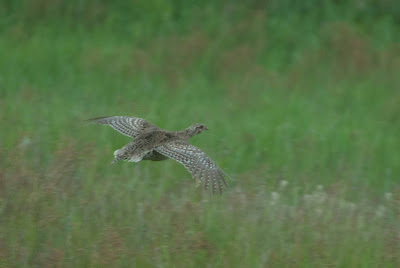 As we are walking along the most tick ridden trail in North America, BOOM- Greg flushed out the bird of our dreams. That wild-chicken can move surprisingly fast! One minute we were calmly walking along, and the next- an explosion of wing beats as the grouse takes flight.

While Leslie and I were still in shock and utter awe, Mr. Cool shoots off several photos of our "trophy" bird. Thanks Greg. 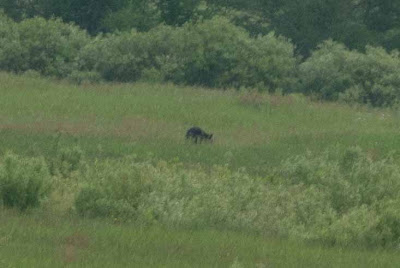 Nearly recovered from heart palpitations cause by said fleeing grouse, we were enjoying the walk and admiring the view when a black bear looms on the horizon. I was pretty sure we were not in any real danger, but let's say we didn't lolly-gag around, either.

I suppose we are not the only ones to have seen bears in Michigan... 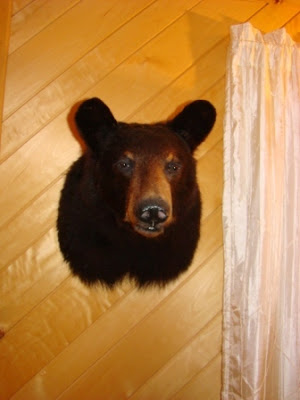 as the wall in our cottage sports the head of a bear who met some hunters in the woods instead of birders, like us!

I would like to say Greg wrestled the bear to the ground and took this head as a trophy... but that would be a whole 'nuther blog post!