The sun rose upon this magical sight, illuminating cotton puffs of snow against the blue sky. 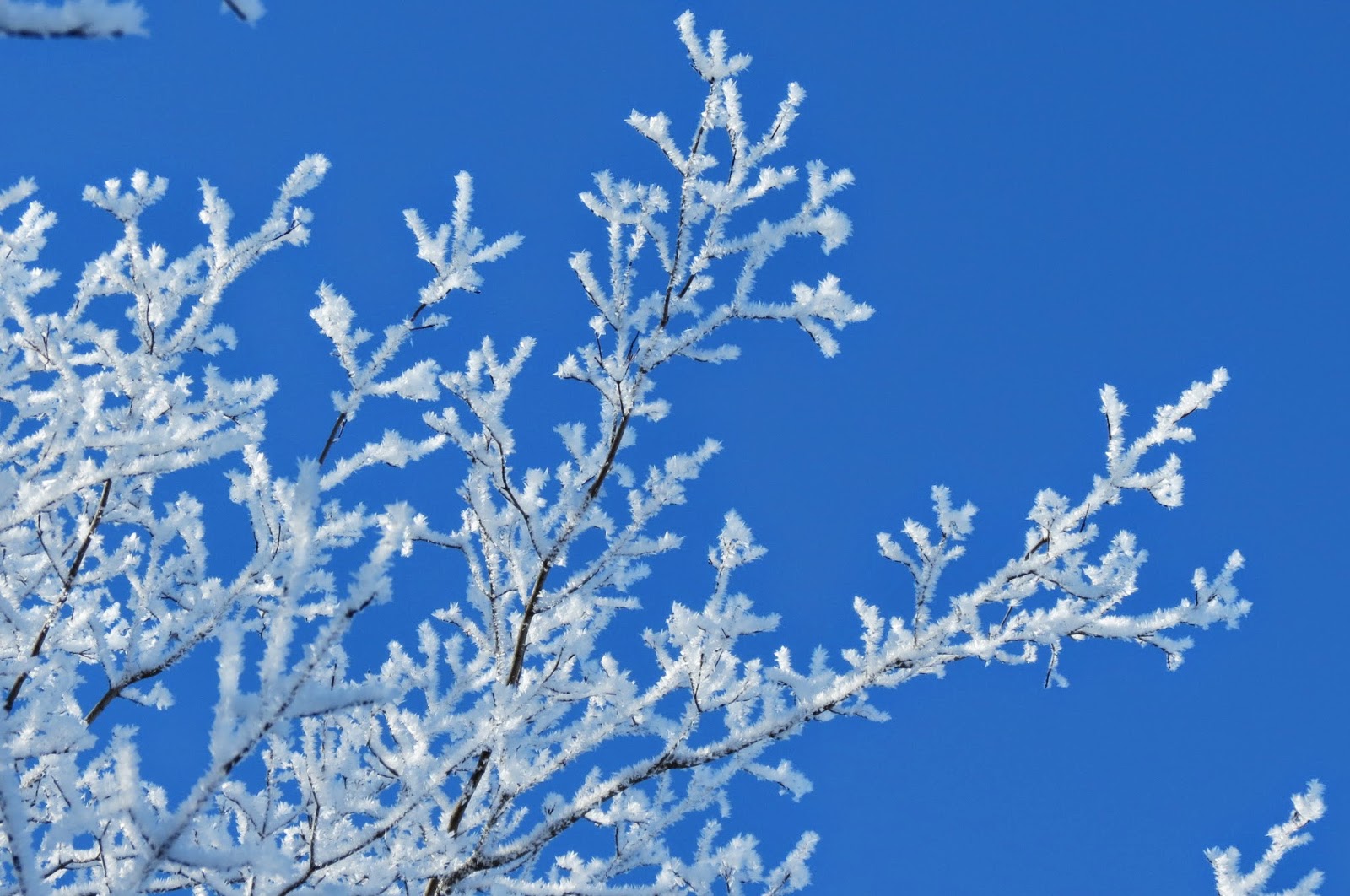 It looked like a fresh coat of snow had fallen during a windless night. But on closer investigation, it had not snowed at all. 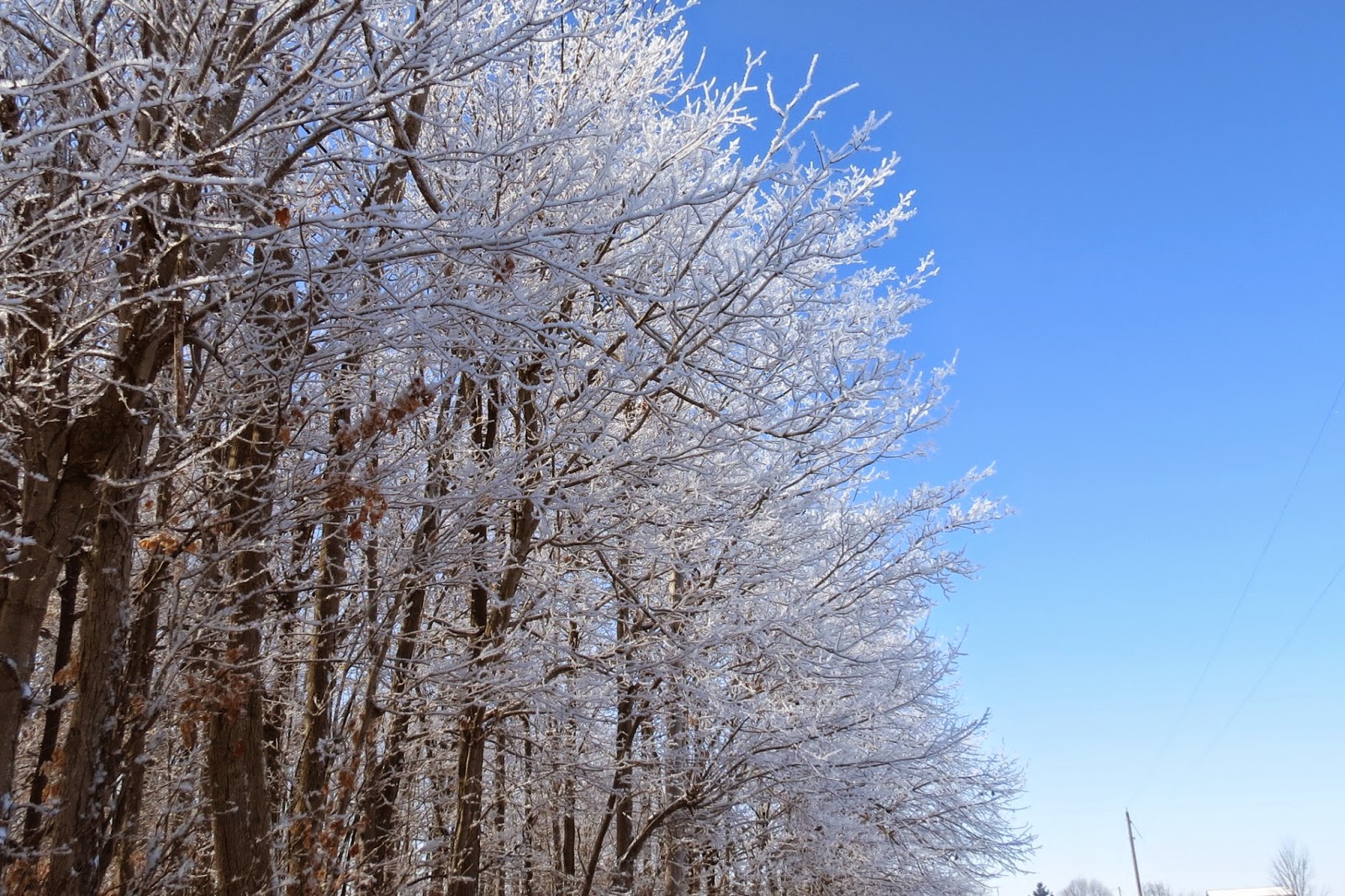 The entire woods was covered.

Yet, the entire woods was covered.  There was no fresh snow cover on the ground. The foots steps and seed coats from yesterday were still visible.

There was no fresh snow whatsoever.

A hoar-frost!  Those magical temperatures of  below freezing had frosted my forest with ice crystals in the night.

Look closely at this Honey Locust branch to see it is crystals hanging off the branch, not snow. These crystals of hoar-frost were built from the branch out due to high humidity or fog that occurred in the night.

The delicate shards of ice are easier to see against my black glove.  Each is formed like a feather or fern, gently branching outward.


I drank in the iced rose hips suspended in the sky.  This wild rose branches out twenty foot high from the corner of the forest.  Was it ever more beautiful, even in full bloom?


As I wandered through the enchanted hoar-frost forest, I looked across the field to note not all the neighborhood was evenly frosted.  The fog bank must have centered upon my yard and left the nearby woodlot unadorned.  It seemed so sad and... normal. 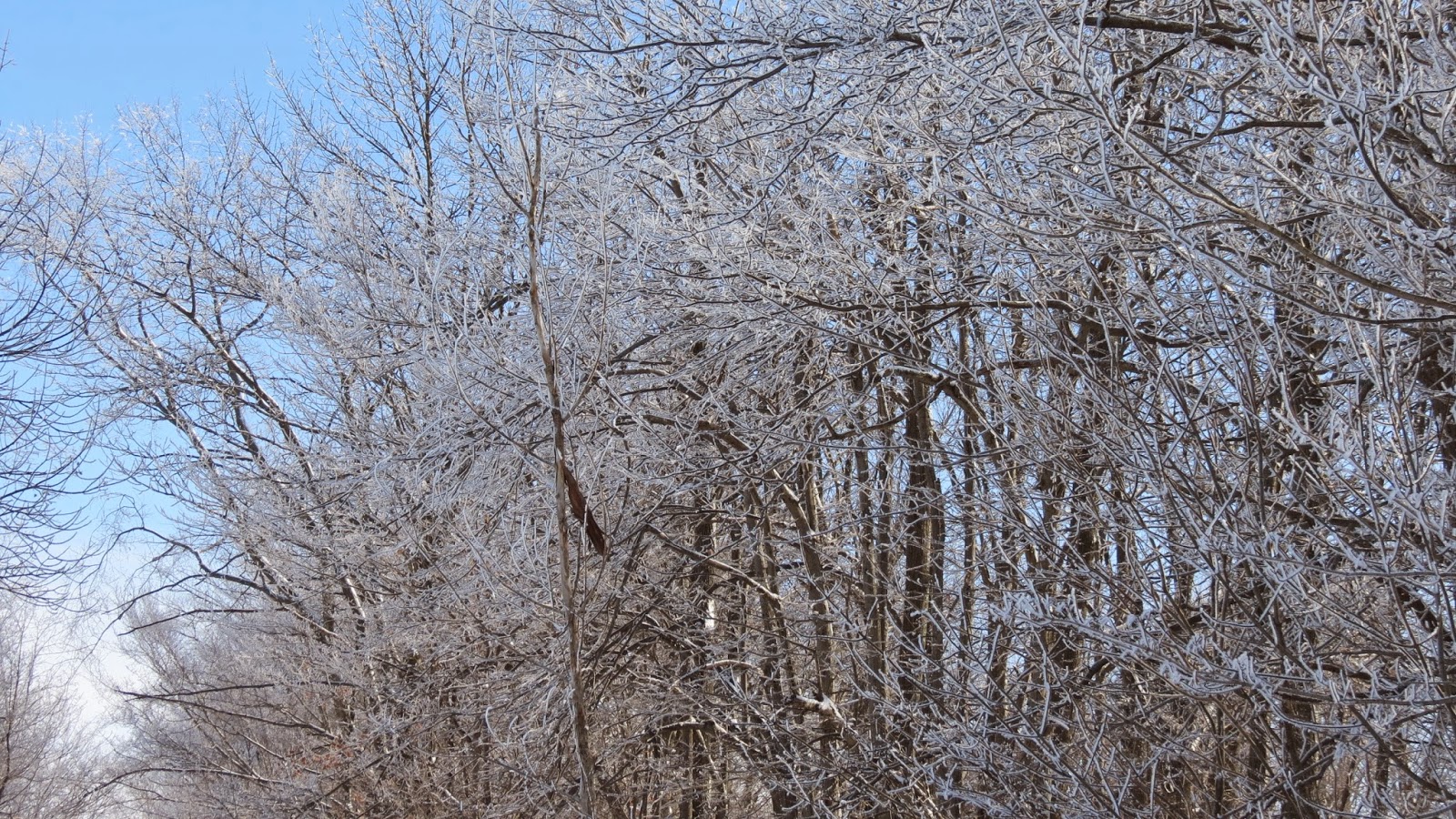 All of my woods had been encrusted with diamonds.  Ice formations were everywhere!  This is the  real, natural anomaly to which Disney's Frozen film could only aspire!


The reflection of ice crystals on snow made my daily ski even more stunning.  The ground looked as if it were littered with tiny mirrors catching the morning's rays.

While living in frosty Ohio can become most wearisome in the winter, this one morning of hoar-frost has fed my soul with nature's inspiration.

This is an amazing world in which we live!