"There are few things in life as noble or as satisfying as preserving a bit of the living planet." Paul Knoop. Jr.

"At the age of 80, Paul continues to be a champion of the land through his eloquent writings on behalf of meadows and woodlands, parks and forests- his writing speaks directly to people's hearts. Like a modern-day Muir, Paul's sphere of influence is as far-reaching as his countless students and friends across the Midwest. He will long be remembered as the Patriarch of Ohio Naturalists."

Taken from the George B. Fell Award presentation text. 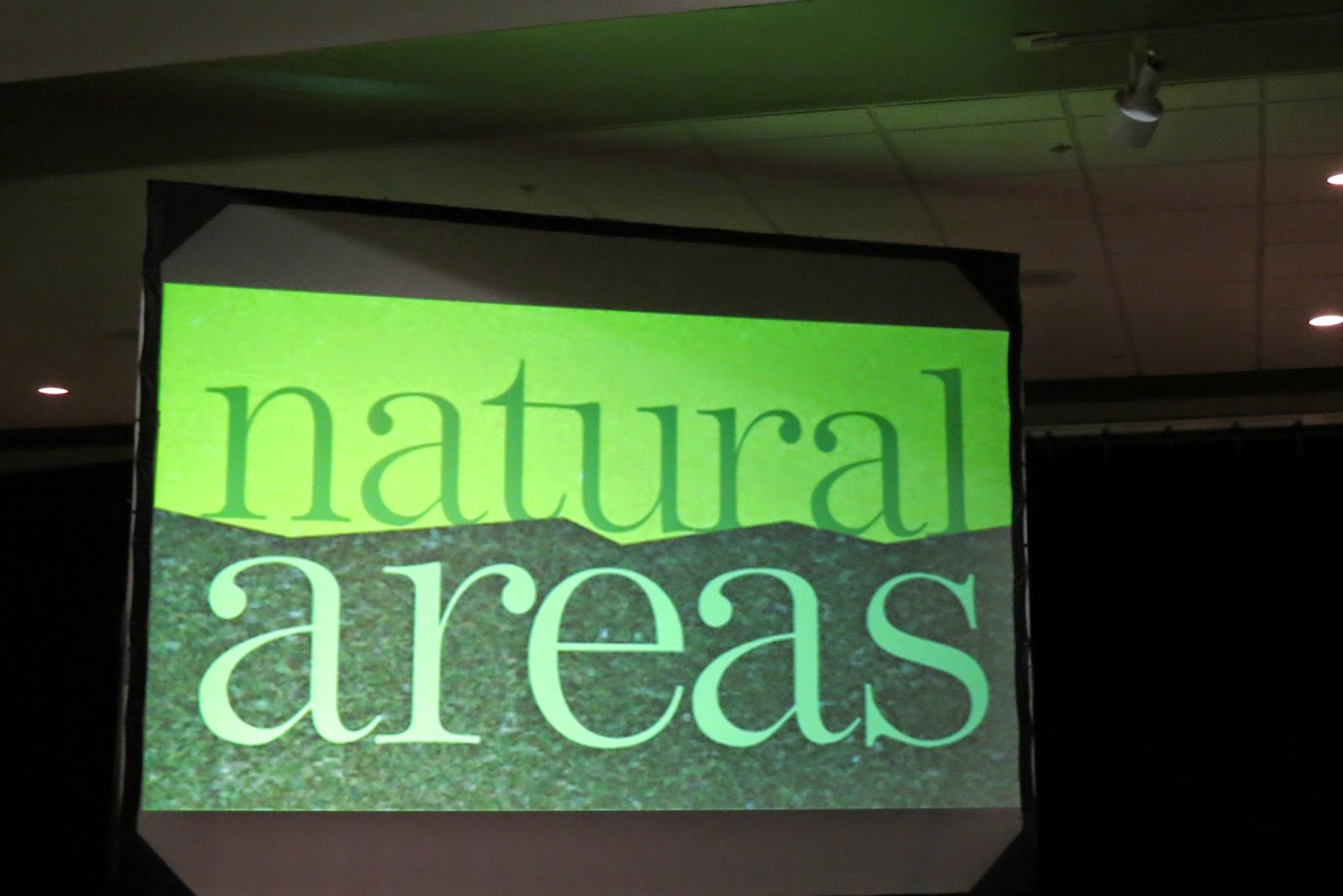 The National Natural Areas Conference was held in Dayton, Ohio this past week.  Some of the most outstanding minds from across the country gathered in the south-western corner of Ohio, to learn more about natural areas and to laud a few of their own.

No one was more pleased than I, to attend the banquet where Paul Knoop, Jr. received the George B. Fell Award.  This is the highest award given by Natural Areas and Ohio's favorite naturalist son, Paul Knoop, Jr. was an outstanding pick by the committee.

There was much joy in Mud-ville, Rock Hollow, and every other natural habitat found in Ohio!

Paul and his bride, Cathy, are a significant force for nature education in Ohio.  His kind and gentle teachings lure students into the light of Natural Areas.  He provokes thought. He encourages, and supposes...  just the thing to warm-up the brain cells of a mind, young or old.

Paul and Cathy are staples at Camp Oty'okwa the Big Brothers and Big Sisters camp situated in the Hocking Hills. I had the good fortune to meet Paul through Flora-Quest.  He has always been one of our key leaders and a vital part of our program.  His main career was spent as an educator at the Aullwood Audubon Center in Dayton, where he started leading Audubon Society field trips when he was just 14 years old.

This conference brought many luminaries back to Ohio, including Reed Noss (who once worked as a naturalist at Malabar Farm!)  Reed was a panelist for the discussion during the plenary session.  Reed has nearly 300 publications and is widely recognized as one of the 500 most cited authors in all fields.  It was an honor to witness this happy occasion where friends were reunited.

But this is where Paul is most comfortable- outdoors in the land he loves.  These three men have done much to conserve land in Central Ohio and comprise most of the board of the North Central Ohio Land Conservancy.  The Mohican area in particular has benefited by the land set aside by their efforts and the educational work they provide.

Nature has some excellent friends in Ohio, and one of them, Paul Knoop, Jr. has just been nationally recognized for being the unassuming super-star that we already love and respect.