Monterey Bay is filled with marine mammals. California Sea Lions, Zalophus californianus are found along the rocks and near the wharf in the fall and the winter.  One of the best places to view sea lions is at the Coast Guard pier near downtown. 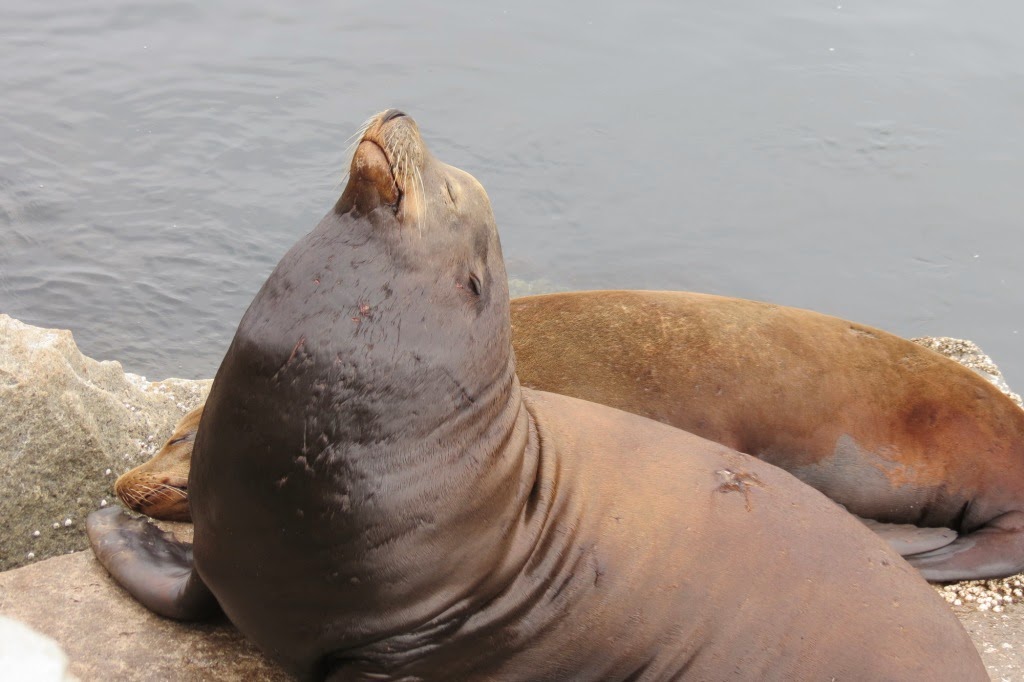 This jumbo-sized male has seen a few fights. note the scaring and wounds around his neck and chest, not to mention the gaping hole in his back.  He must be more of a lover than a fighter, or I would hate to see the other guy. 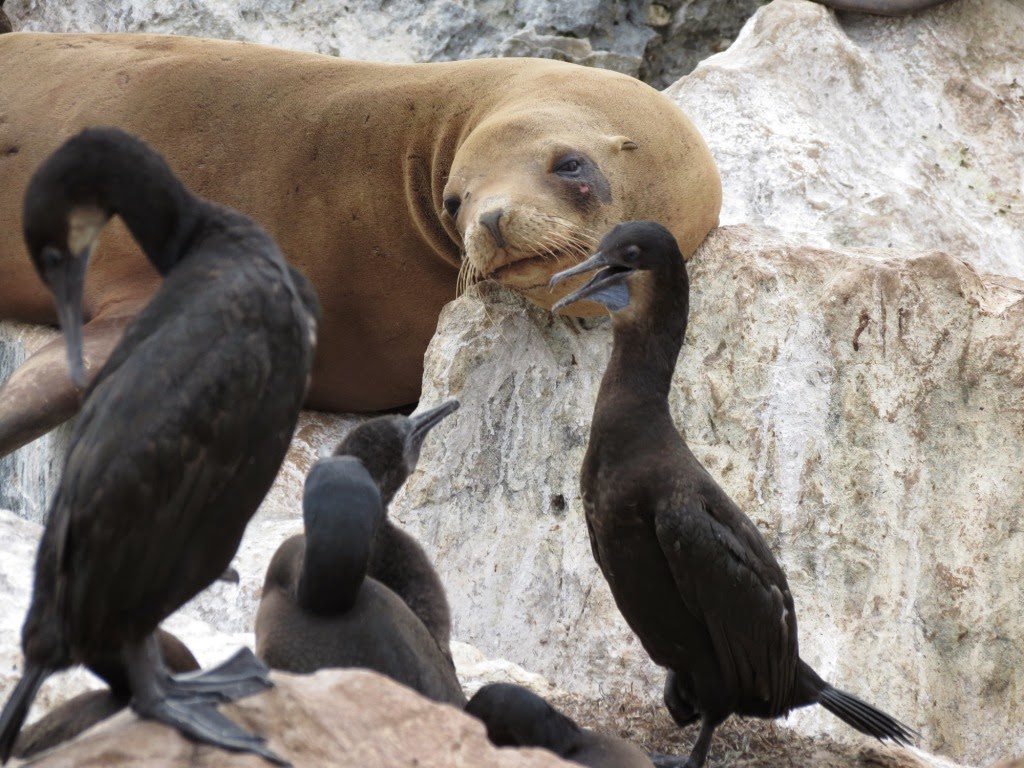 Even momma sea lion is sporting a black eye.  If you believe in reincarnation, don't be in a hurry to return as a sea lion. Their lives don't look too tranquil to me. And their neighbors are a noisy lot, too!

The birds in the photo are Brandt's Cormorants, which are strictly a marine species. They are a dark brown overall, and just a few of them were still showing a metalic-blue coloration under their gape. These colored areas are more prominent during breeding season.

A couple of the cormorants were building a seaweed nest on the rocks, until some gigantic sea lion lumbered across it and laid down where it had been.  It made me wonder how the flock ever hatched out enough young to make up this group of several hundred inhabiting these rocks. Perhaps their only successful nesting occurs once the sea lions retreat back to the Channel Islands for their own breeding season. 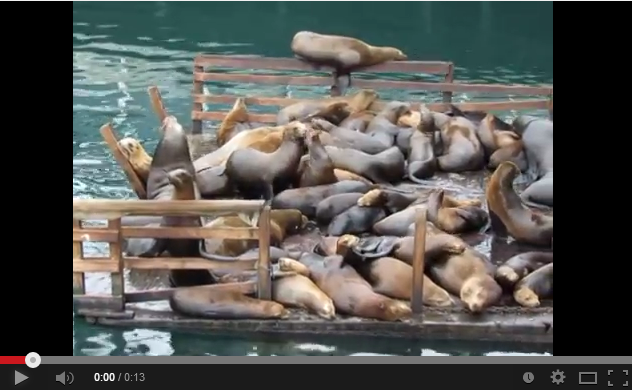 The general commotion in the bay is due to the sea lions.  Watch the video above to hear the sounds under Fishermen's Wharf. 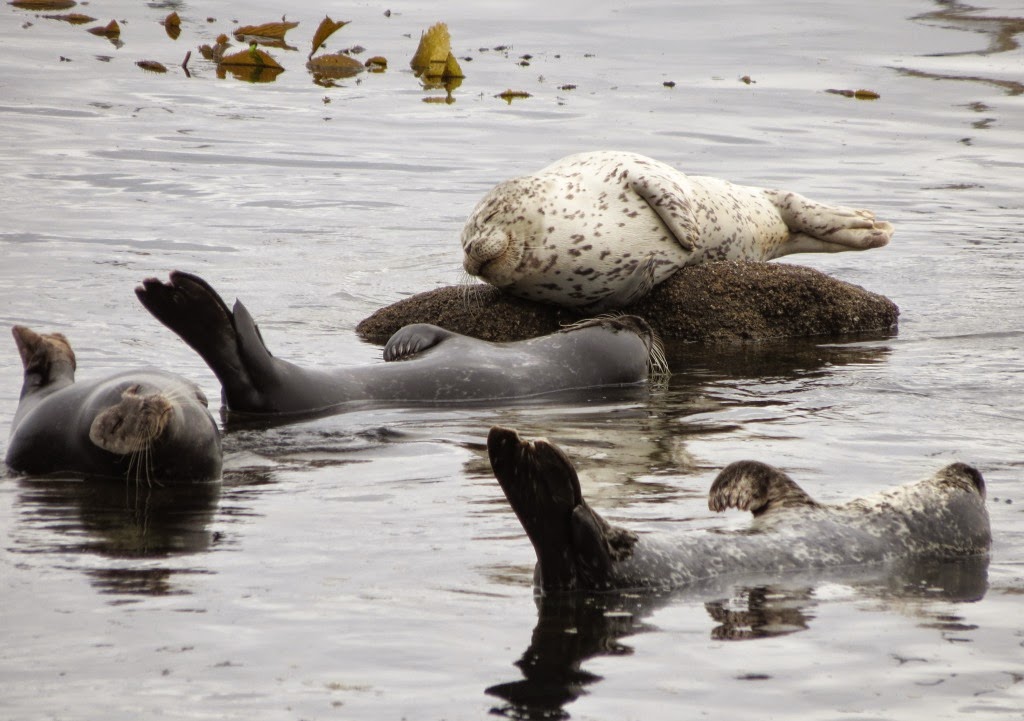 Harbor Seals, Phoca vitulina are a much more peaceful group.  They are significantly smaller than the adult sea lions, and probably weigh about 100-200  pounds.  The have dog shaped heads, but do not have apparent ears. They lethargically lounge around on rocks, it didn't look terribly comfortable to me.  They were so sedentary I began to wonder, when do they feed? 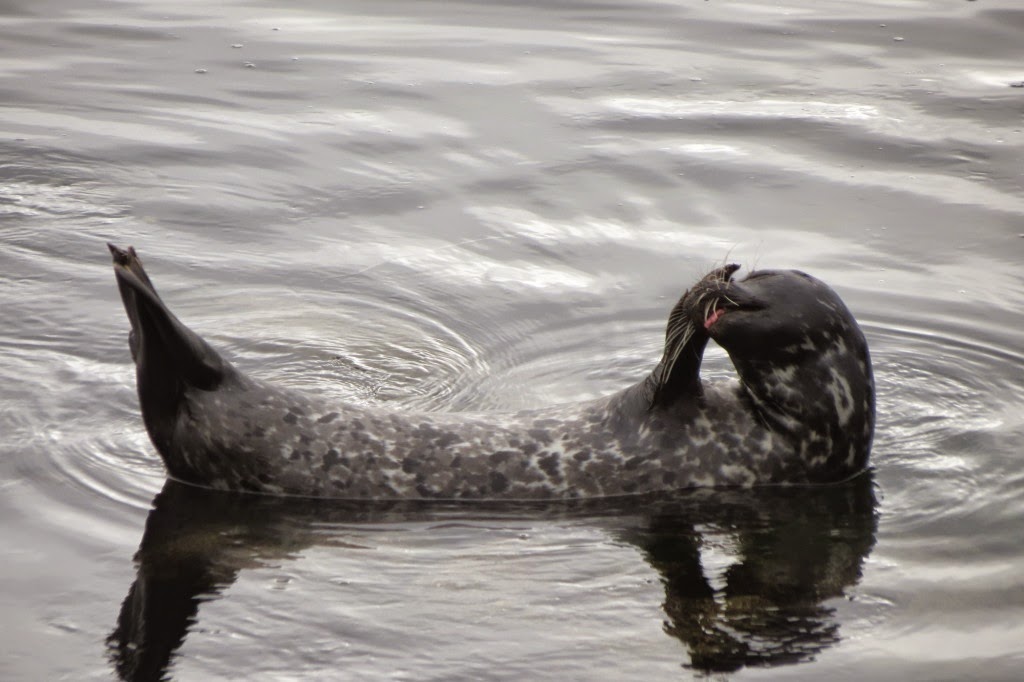 Harbor seals do not make noise or move about much when resting in the harbor.  This young one made a bit of a show by grooming, it was about all the activity that went on that day. They are a very quiet lot compared to their cousins the sea lions. 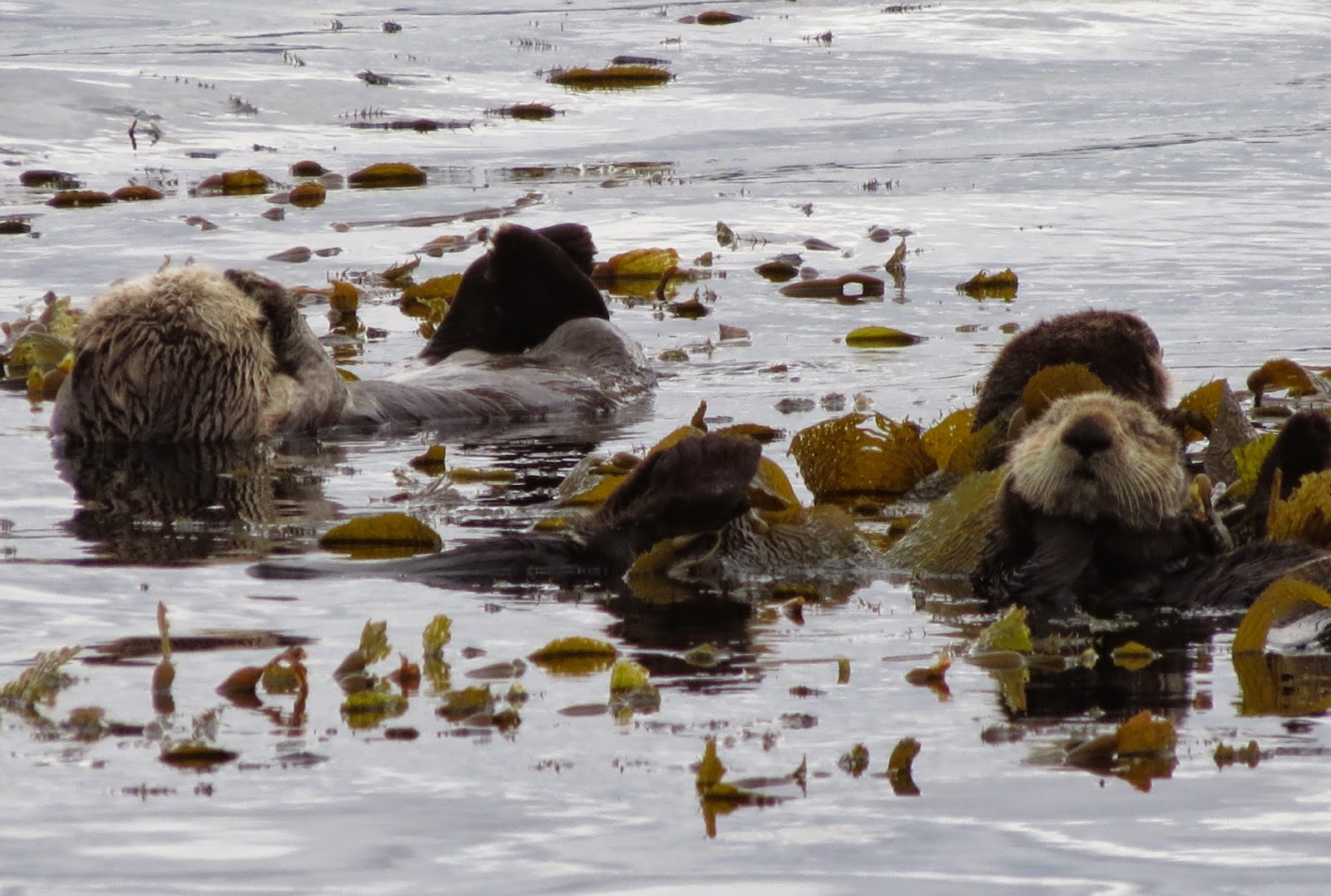 The Sea Otter, Enhydra lutris is the smallest of the marine mammals found in Monterey Bay. . Once thought to be extinct, they still remain listed as an Endangered Species.  They feed early morning and evening, and it is great fun to watch them cavorting about the wharf and bay. If there was a contest for cutest marine mammals these guys would win by a landslide.  They are said to be the most popular exhibit at the Monterey Bay Aquarium, which is a must-see aquarium, I might add.