Lights of the St. Lawrence

As one might imagine, we saw plenty of lighthouses and channel lights along the St. Lawrence Seaway. I could have probably amassed another 10 or so if I spent my entire trip on the deck of the boat with my camera. But, here are the highlights from our recent cruise. 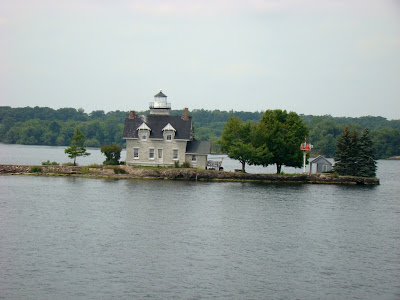 The Light/House. A combination of shore light and a house for the keeper and his family. This light is not only picturesque, it still appears functional. Wouldn't it be great to taking a working vacation as the Keeper of this light? 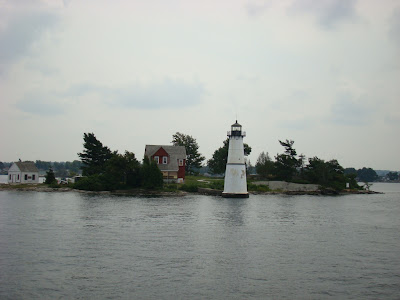 Single light. This light most reminds me of familiar spot in Ohio: the Marblehead lighthouse. This light is structurally similar and likely to be from the same period of time: the early 1800's. It is quite possible the ships that fought at Put-in-Bay quietly piloted past this light on their way to skirmish. 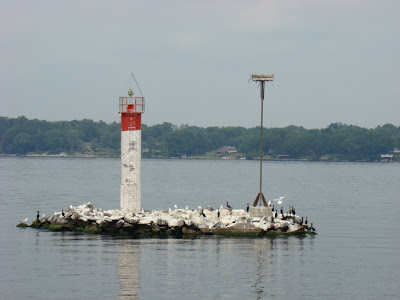 Shipping channel marker. Not technically a lighthouse, but definitely a light. These markers are indispensable for marking the channel the big freighters use as they ply their goods up and down the seaway. 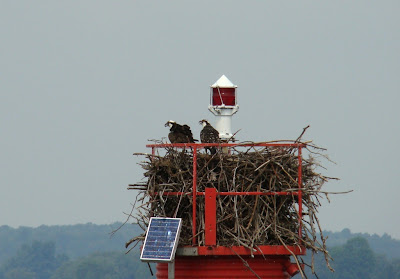 In the last photo, you might note the osprey platform next to the channel light. The osprey like to build nests in these light, and can obscure the marker light. Hence, they are encouraged to use the platforms instead. 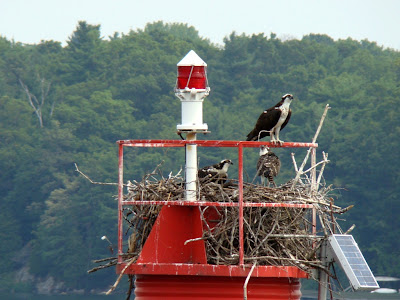 However, this family was not about to be evicted and raised two young on the channel marker. Osprey were a common sight along the seaway. I was surprised that Bald Eagles were not. Locals told me there are eagle nests near Rockport, however I did not see an eagle on the entire 4 day trip.

In general, the birding was not what I expected it to be. Along with the osprey, there were the usual mix of gulls and both Caspian and Common Terns. However, I did not see any herons or shorebirds of any kind- even while on port calls. The Double Crested Cormorants are said to be at an all-time high number, and their domination of the islands is putting pressure on the the heron's ability to find suitable nesting sites. 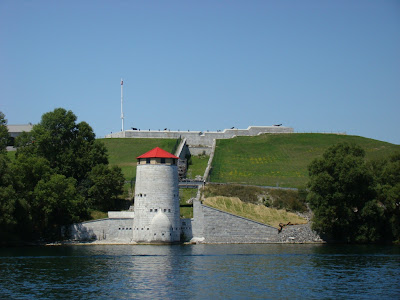 The first and the last tower we view upon departure and return to Kingston. This may be more of a watch tower than a light, but certainly is has been used for navigational purposes. This stately structure stands at the base of Fort Henry and near the Canadian Military Academy.